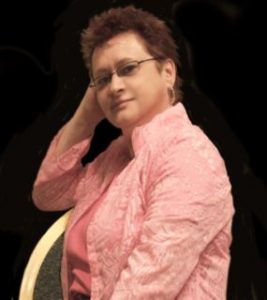 Judy Mays’ mother called her and told her she was on television and that’s how she found out there was a news expose’ done about her.  The reporter who did the segment interviewed several parents and one former student, gathered her book covers and wrote up the segment all with an obvious slant toward vilifying the 30-year veteran teacher, but waited until two hours before the segment aired to contact Judy herself and did so via email during the time she was known to be working.

With an outpouring of support from all over the world, the teacher/author has come away with a positive attitude and a great story to tell.  Her publisher, Ellora’s Cave Publishing was supportive as was a group on Facebook that has grown to over 9000 supporters!

Listen to this exclusive podcast with Judy where she talks about what happened the day the segment aired, how things went at work the next day, what her feelings are over what happened and the outpouring of support she has received and what she plans to do about the accusations.