There and Back; Writing the Mind of War by Sid Gould 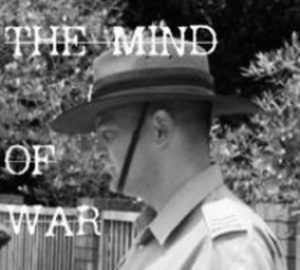 Back in 1990 I joined the army and passed out of Basic Training on the 4th July as the best recruit, shortly afterwards I was posted to Germany and then quickly sent to the Gulf War to help liberate Kuwait from Saddam Hussein’s forces.

Being sent over as a Battle Casualty Replacement meant that I would be replacing another soldier that had been injured or killed but once I got there I didn’t have a job and was selected for the Army War Graves Service, at seventeen years of age this would prove to be a thoroughly disturbing job and an immediate initiation into military service.

After picking up dead bodies for months on end I returned a changed man and terribly affected by what I had seen and done.  The psychologists tried to help me with my severe form of PTSD and on many occasions asked me to write down the thoughts, dreams and feelings I was having advising me that it would help in the long road ahead I had to recovery.  I never listened.

One day many many years after the war and several other tours of duty I found myself in front of my computer jotting down those nightmares when an old friend arrived asking what I was doing, informing my buddy that I was jotting down some ramblings about the war he asked to read them and when he was done he slowly looked up at me and told me he was in awe.  With his suggestion about turning my thoughts into a book I sat down and contemplated why I would do this and who would want to read about little old me and I came to the conclusion that my experience was a unique one.  I had been one of forty people in this unit with twenty staying in Al Jubayl, ten going to the front line with 7th Armoured Brigade and me going forward with the 4th Armoured Brigade to carry out the duties of dealing with the dead.  I also came to the belief that although we as a generation had never spoken about our Fathers and Grandfathers military service it was about time the public was informed about the things soldiers suffer.

I started writing my book from my early years about the timid boy I was, brushes with the law and the, sometimes, lonesome childhood I had.  Moving onto the reasons why I joined the army and the adversity, yet at times fun, of Basic Training in the army, being turned from a boy to a trained soldier.  Shortly afterwards I was posted to Germany and then, before I was eighteen I was told I was going to the Gulf War.  Being part of the Army War Graves at the age of seventeen was as traumatic as you would expect and hit me hard especially when I saw the bodies of friends.

As you can imagine being affected in this way and being such a young soldier was hard to deal with and I’ve shared in my book the nightmares, flashbacks, rage and turmoil I was going through mentally.  Not knowing how to deal with it or who to turn to was one of the hardest parts because in those days if you admitted to the army you were having problems in your head you would be ostracised and your career would probably end up with you sitting in a dark office for the next ten years, but on the other hand the army wasn’t offering help either.

With the help of my good friends Jim Carr and Ronnie Temple and a lot of looking inside myself I came up with ways I could help myself, things I could do like fishing or hiking to take my mind off the turmoil raging inside.  Sharing my most private moments was a scary thought and still is but I know that my book will finally let people know, both civilian and military alike, they can deal with PTSD and that those that don’t suffer from it can understand it much better, coupled with that it also helps the senior officers in the military understand what they are sending their men and women into beforehand.  Since publishing I’ve already spoken with a few psychiatrists from USA, Australia and New Zealand that are very interested in this subject and after reading the book they want to talk to me more about soldiers, service and PTSD.

I hope it helps many more and I hope you enjoy the read.  I know you will laugh, you will cry, you will feel my anger, my fear the lows and the highs.  Thanks for reading.

Simon & Schuster announced that it will publish “SOMEBODY FEED PHIL: The People, Stories, and Recipes” by Phil Rosenthal, a companion cookbook to his hit Netflix show...
Read more

Every Last Secret by A.R. Torre Welcome to the neighborhood. Watch your husband, watch your friends, and watch your back. Cat Winthorpe has worked hard to...
Read more