A Q&A With Historian David O. Stewart Author of The Lincoln Deception 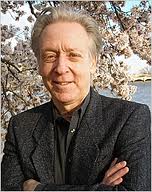 1. Why did you want to write about one of the worst crimes in American history, the assassination of Abraham Lincoln?

That’s exactly the reason. The assassination denied America the leadership of its greatest president at the beginning of perhaps his greatest challenge – rebuilding a nation torn apart by civil war and somehow integrating the freed slaves into American life. And there are still so many unanswered questions about the crime.

2. What are those unanswered questions?

This was not just a lone gunman, some crazed lunatic. Booth had assembled a team of assassins, though not all were terribly impressive human beings. They targeted anywhere from three to five top officials of the Union government – not just President Lincoln, but also his vice president, his Secretary of State, and very likely his Secretary of War and the General-in-Chief of the Union Army. As the lead character in the novel realizes, it was not an assassination so much as an attempted coup d’etat. Could this one unemployed actor plan all of that by himself? Hard to imagine.

3. Who was John Bingham?

Bingham was the lead prosecutor of the Booth conspirators in the summer of 1865, and as a congressmen went on to write the guarantees of “due process” and “equal protection” in the Fourteenth Amendment. On his deathbed in 1900, Bingham confided to his doctor that Mrs. Mary Surratt – one of the Booth conspirators who was hanged – had told him a secret that could destroy the republic. The secret, he said, would die with him, and so it did. This book tries to imagine the terrible secret that Mr. Bingham took to his grave.

4. Your two lead characters are very different – a white doctor from small-town Ohio and an African-American ex-ballplayer. How could they become friends in America in 1900?

That relationship was one of the challenging elements of the writing process, and the short answer is that it’s a very rocky partnership – as you would expect. They are united in their need to find out the truth about the Lincoln assassination, but race and experience keep pushing them apart. America was a very racist place in 1900; the Jim Crow segregation laws were spreading, and it was fascinating and infuriating to imagine the feelings of an educated and sophisticated African-American like Speed Cook. The bond between the two men becomes real and powerful through the story, but I felt that a racial divide would always be there. And so it is, right to the end.

5. Why move from writing non-fiction – you have had three successful books on American history – to a novel?

It was all about this particular story. I first read about Mr. Bingham’s deathbed statements when I was researching my second book, Impeached, about the impeachment trial of President Andrew Johnson (Mr. Bingham was the lead prosecutor in that trial, too!). The account of Mr. Bingham’s deathbed statement appears in a very obscure biography and has never been explored by anyone. I walked around with it in my head for three years, trying to figure out what I could do with it. I read as much as I could about the Lincoln assassination and finally decided that only a fictionalized account would allow me the freedom to explore what Mr. Bingham said and what it might have meant.

You can find additional information about the author by visiting his website. To order copies of The Lincoln Deception follow this link.