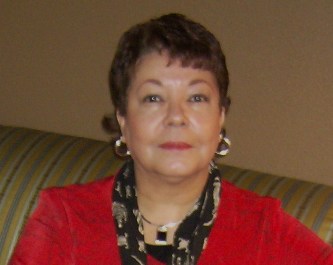 During Anita Bunkley’s twenty-plus years of writing she has created much-needed and welcome literature that takes readers into periods of history from the Afro-centric point of view.  Reviewers and fans refer to her novels as sweeping sagas that are extremely entertaining —  embraced for their historical accuracy, strong romantic themes, and vivid characterizations of black people, especially women, in periods of history not widely showcased in literary works.   A member of the TEXAS INSTITUTE OF LETTERS, Anita lives in Houston, Texas.  She is represented by Marcil-O’Farrell Literary LLC. NY, NY.

BPM: When did you get your first inkling to write, and how did you advance the call for writing?
I have always been an avid reader, and I was always looking for books that featured interesting black women as the main characters.  There was not much to choose from while I was growing up.  In the mid-1980’s , when I learned that the woman who inspired the folksong, The Yellow Rose of Texas was a woman of color, I went to the local library to read more about her.  After discovering that no one had taken the time to research or write the true story behind a song so well-known, especially in Texas, I grew curious about the mystery woman.  That led to several years of intensive research that was often riddled with blank spaces –as very few primary sources remained about those involved in the creation of the song.  I decided to write the story as historical fiction and create my own version of a popular legend.

After joining a writer’s group I began to write and eventually won a local writing contest with my entry about the Yellow Rose of Texas.  I published it independently and it sold so well that I got the attention of an agent with my next historical novel, Black Gold, which was published by Penguin/Dutton in 1994. I have been writing and publishing ever since.

BPM: Introduce us to your book, A Thousand Steps, and the main characters. What makes each one special? Do you have any favorites?
The novel is set in 1855, and tells the story of three women who are vastly different, separated by class, race, and geographic distance whose lives become strangely intertwined. Each woman undertakes the treacherous journey into the rugged plains of Indian Territory for a different reason, without knowledge of a secret that will eventually bind them together.

The main character is Tama, born a slave on a huge cotton plantation in North Carolina.  Her biological father is her master and her mother is a slave. The story opens with her mother’s death and Tama’s decision to flee.  While on the run, she meets Hakan, a Creek Indian who is also a fugitive, running from  men are out to hang him. He takes Tama to his village deep in the Georgia forest, where she will hide, while adapting to the Indian way of life and trying to hold onto her tentative freedom.  Love blooms between Tama and Hakan, but it is threatened by a series of events that will eventually put Tama in great danger.

Elinore Wardlaw is a white woman living in Ohio who actively supports the Underground Railroad. She is married to a southern man from whom she has been separated for four years while he serves in the Army at Fort Gibson in Indian Territory.  Her decision to take her young son and join her husband in  Indian territory puts her in a position to befriend a young black girl named Julee, who needs  Elinore’s help to escape a desperate situation.

Julee has no past, and she is yearning for a future far away from a life of servitude and poverty.  She believes she is a nobody, a person without importance to anyone, but she turns out to be the key to both Tama and Elinore’s happiness.  I love all of my characters and rarely have a favorite.  My hope is that my readers will become fully engaged with every person who marches through the pages.

BPM: What drew you to tackle the questions or topics in A Thousand Steps? What inspired you to write this book?
I enjoy reading and researching stories about women who settled the West.  The hardship and perseverance that was required of women during that time fascinates me, and there were many more blacks who were pioneer settlers than most African Americans know of.  The historical connections between Native Americans and blacks is a long, rich bond that is rarely explored in romantic, historical fiction. I wanted to create a story that would enlighten readers about those interconnections among a variety of people who seem vastly different on the surface, but whose dreams for the future are very similar. I went to Oklahoma and spent a lot of time researching Creek Indian culture, the impact of re-settlement, and walked the land where they settled.  Walking through Fort Gibson ( now restored) inspired me to use that location as the climactic setting for the merger of my three main storylines.

BPM: Can you outline some areas where your characters agreed? Disagreed?
My main characters are all on the same path — seeking new lives by starting over in a new land.  The reasons for their journeys are different, but they all want to find happiness at the end of the trail.  That inspired the title, A Thousand Steps, as they mostly walked all the way to Indian Territory. They wanted a life free of loneliness and fear, and were willing to take risks, endure hardship, and face unknown dangers for the chance to have it. They were willing to prove to themselves that they deserved a chance to live as they wanted.  There is disagreement among them on how to achieve that end, but their disagreements gave way to the mutual effort to survive.

BPM: Share with us a brief excerpt from one of the most powerful chapters.

Excerpt from A Thousand Steps by Anita Bunkley

On the third night of her capture, the door of the shed finally burst open.  Tama stirred, groaned, and then turned her face away from the intrusive lamp light.  Her body ached, her head throbbed, and the welts and gashes on her wrists and ankles from the weight of the heavy manacles flared in pain.  However, she forced herself to sit up, and then scooted as far into a corner as she could, afraid, yet curious about who was coming through the door.

The shadowy figure held a burning oil lamp that spread light into the dark space.  Cautiously, Tama leaned out from the shadows and gasped.  Her visitor was a woman – dressed in a coarse cotton night coat over a filmy gown – and her long yellow hair spread over her shoulders.  Her pale eyes were set like smooth stones in her stark white face, and Tama recognized her as the woman in the tiny oval painting on Zachary’s desk.

“Get up, you whoring slut,” the woman demanded, rushing closer.  Her opaque eyes flared as she kicked at Tama, using one foot, and then the other to pound Tama’s flesh with the hard leather of her shoes. “Get up or I will set this lamp to you and be happy to watch you burn.”

With great difficulty, Tama stood, raising dark eyes to the woman’s pale ones.

“You’ll not be sharing my husband’s bed again, you daughter of a dog,” she vowed, putting the lamp so close to Tama’s face the flame danced around Tama’s wildly matted hair.

“I was never in your husband’s bed,” Tama dared to object, determined to defend her last shed of pride.

“Liar!”  Zachary’s wife kicked Tama harder, making her cotton night coat flap like the wings of a pigeon as she raised her leg to strike repeatedly.  “You stinking savage. I know your kind.  Consorting with Indians for food and favors to elevate your stinking half-breed self from the low-life nigger you are.  Well, your disgusting behavior with my husband is over.”  The wife spat into the dirt, then threw a heavy iron key at Tama, striking her in the middle of her chest.  Then she grabbed a handful of Tama’s hair and pulled her face up to hers.  “Unlock your shackles and get the hell off this place,” she hissed through gritted teeth.  “You take your filthy belongings and your whoring self out of here and get as far away as you can by daylight.”  She gave Tama’s hair another hard yank; then the pale-eyed woman threw Tama’s cloth bundle at her.  “And you’d better run fast because if you get caught and they bring you back alive, I will personally whip you to death.”

Rainwater filled Tama’s moccasins, weighing her down, yet easing the pain that was throbbing in her legs.  As she sloshed through tall grass, two words bounced around in her head.  Fort Gibson.  She had no idea how far away the new Indian homeland might be, but whether it took a thousand steps or a million steps to get there, she was going to find Hakan and never part from him again.  Driven by her love for Hakan and an unflinching determination to remain free, Tama continued to walk until her strength gave out.  Collapsing beneath a thick-trunked tree, she fell into a near-unconscious sleep.
###

BPM: Ultimately, what do you want readers to gain from your book, A Thousand Steps? What are your goals as a writer? Do you set out to educate? Entertain? Illuminate? Inspire?
My goal is to entertain, inform, and enlighten readers about periods in history that were rife with change.  My novel Black Gold took readers back to the 1920’s oil boom days in Texas when many blacks got filthy rich.  Wild Embers was set during World War II, telling the story of black nurses who were determined to serve their country in spite of the racial barriers that the government kept in place.  Starlight Passage recreated a route on the Underground Railroad that led through the Cherokee villages in the Smoky Mountains and led many slaves to freedom.  So, as you can see, I am always trying to provide a glimpse into history from the African-American point of view, using a good dash of romance to spice things up.  Hopefully, my characters in A Thousand Steps will inspire readers to explore the connections between blacks, whites, and Native Americans who settled the West.