WELCOME  to the LEGENDS OF LIRIA, a fantasy adventure series set in a dramatic mountainous country where a two young performance artists use their physical skills and native wit to rescue their home from a ruthless invader.

The first book is The Cloud Pearl and introduces Petra and Svila who are forced to flee the clutches of the fierce new Governor, Kurova Grax, and her family of misfit offspring. Browse the websit to find out more about Liria, the land and its myths. Read about characters – both good and evil – and discover how the stories explore the exciting world of aerial performance.

Liria is a land of legend and beauty, but after a battle with its war-like neighbour, its beloved queen vanished and the country became prey to the evil Empire of Bura.

Young girls Petra and Svila are travelling players. Their manager, Zoran, collects legends and stories, hoping their message will inspire Lirians to regain their country and restore its cities to former grandeur. One tale tells of how a defeated queen dismantled her crown into six charms and hid them in the kingdom to avoid capture.

The troupe prepares a show to mark the arrival of new governor, but it is his sinister wife, Kurova Grax, who turns up along with a Buran army and demands Zoran’s arrest for treason.

Zoran passes his notes to the girls, with a brief message. Stay safe. Save Liria. He is dragged off in chains. They flee, but discover their first quest is to the much-dreaded mountain citadel of Gorach, seized by Grax’s oldest son, Skaliari.

Soon it is a race against time to outwit Skaliari and find the first charm. They must use their skills to solve puzzles, tackle obstacles and overcome their personal fears as they attempt to save their precious homeland.

Kurto signalled to the soldiers, who split into two groups. They moved in—some closing in on the nobles, others heading for the

servants at the back. Screams broke out as the soldiers grabbed at anyone within reach and bundled them out through the doors.

“Oh, no you don’t!” One elderly servant made a dash for it. Despite his years, he dodged nimbly round the pack of soldiers and leaped onto the stage. He stood shoulder to shoulder by Zoran, fists clenched. “I’m not going without a fight. Ain’t that right, General Perendi? Victory to Liria!” With a bony hand, he saluted Zoran, whose eyes widened as, with a roar, a crowd of other servants—men, women, and children—broke away and swarmed toward their rediscovered hero.

The soldiers turned, but a minor viceroy threw a wild punch, knocking one of them down. Then there was chaos. The courtyard became a seething mass of nobles and soldiers, arms and legs flailing. Rotoka piled in too, his bulk giving him a certain advantage. Even the wives were pitching in, batting the soldiers on the head with cushions, shoving and pushing.

Amid the confusion, more servants scrambled onto the stage, crying “Zoran! Zoran! Zoran!” They locked arms, stamped their feet and cheered wildly.

Grax turned white with rage and clenched her bony hands. The troops paused, looking to Kurto for guidance. 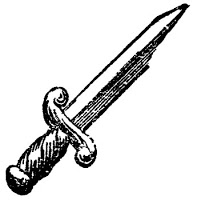 Petra clung to the curtain. “I can’t believe it! The nobles are fighting for Zoran.”

Svila came to stand at her side and sniffed. “They’re not. They’re just fighting for their fancy palaces—they don’t give a jot for the rest of us.”

“Sheathe that sword!” bellowed Kurto at one soldier, arm raised, blade glinting. “Not yet! I don’t want a blood bath on my watch! Grab the ringleaders!”

In seconds, they overpowered Duke Rotoka. They hauled him off, followed by the other nobles. Grax’s gaze swept the scene and she climbed onto the wooden platform with a handful of personal guards, to gain some advantage. “Take them to the dungeons! All of them!”

Back onstage, Broda grabbed Zoran’s arm. “Run, Zoran!” she urged. “Go! The people can hold the soldiers back for a while.”

Zoran’s face tightened. “How can I?” he said, in a voice filled with pain, as he watched a line of soldiers push nearer. The Lirian servants braced themselves for an attack. “I am no coward.”

Petra spotted Kurto signal to half a dozen men who began to scout around the edge to get to the stage more quickly. “Zoran, hurry!” she called to him. “They’ll be here any second!”

Zoran’s gaze drifted over the scene, and then his jaw snapped as if he’d made a decision. “Petra? Help me lower the curtain.”

She ran off to untie the rope.

“Watch out!” The Lirians drew back, puzzled, as the fabric dropped to the floor. Zoran stepped forward. “I need fuel. Something that will burn fast.”

“What about the oil for the fire poi?”

Petra dashed off and returned with a flask.

“Candle?” Svila appeared with one that was already lit.

“Good. Fire in the hole!” Zoran flung the liquid at the curtain, then set fire to it. The material burst into flames. “That’ll slow them

Petra shielded her face from the sudden heat.

“Now we need weapons.” Zoran paced up and down. Like a real general, thought Petra.

“I’ll help.” The old servant ran up, his grubby face lined with fearful determination. “I fought with you last time. Only had a pitchfork then. Must be something around here that’ll do the job.”

Zoran gripped his hand. “Good man.” The man ran off, calling for everyone to scavenge for bits of furniture, buckets, rope, anything they could find.

On the other side of the flaming curtain, the captain was barking orders. “Once the place is clear, secure the villa for Her Excellency, Governor Grax!”

“What about the players—and the children?” One soldier asked.

“Not the workhouse!” Svila’s pale face loomed out of the smoke.

Broda appeared, face covered in smuts. “Time for me to get the children out of here.”

The boy nodded. Broda gave Zoran a long look, stood on tiptoe to kiss his cheek before hurrying off.

Grax’s voice could be heard over the crackling flames. “The notes! Get the notes!”

With a terrible ripping sound, the tips of the soldiers’ swords appeared, slashing their way through the flaming curtain. “Not much time to explain.” Zoran jabbed a blazing torch at a soldier trying to push through. “Petra, Svila, listen to me. The legend of the charms, it’s all true!”

You can read Chapter One of Cloud Pearl here.

I was born in Edinburgh, grew up in the North West, went to Manchester and Oxford, worked as a translator, then as a journalist in the UK and Australia, dabbled in publishing, online editing, copywriting … parenting. I now live in leafy Kenilworth. My husband Rob Deeth is a professor of inorganic chemistry and my daugher Lauren is studying History of Art at Edinburgh. I have two daft dogs and a clunky PC that I shall shortly be forced to consign to the recycling. Shame.