The Responsible Reader by Lance Manion

Opinions are like assholes, everybody has one. In my case, I have a lot of them.

It’s a medical condition. I don’t like to talk about it but it’s my responsibility as a writer to tell the truth, even if that truth isn’t something I’m comfortable sharing. I’d rather not have the world know that when I fart it sounds like an orchestra warming up but it goes with the territory and I take my territory pretty seriously.

Even when territory isn’t exactly the word I was looking for.

Too many authors these days write what they think people want to read and, because they go on to sell millions of books and are celebrated by the media, young and impressionable novelist get the completely wrong idea about the purpose of writing.

The only thing worse than an author pandering to a crowd is one that won’t. As an example I’d like to compare and contrast two important works of literature I recently read; Nothing’s Sacred by Lewis Black and Rubber Balls And Liquorby Gilbert Gotfried. And by ‘compare and contrast’ I mean I’d like to say a few things about them without providing any context for these thoughts or in any way substantiate my claims.

Nothing’s Sacred by Lewis Black sucks balls and Rubber Balls And Liquor by Gilbert Gotfried is awesome and I’ll tell you why. Gilbert actually tried to make the reader laugh. He told stories that often times made him look either self-absorbed or really self-absorbed and never made him look in any way likable. He simply told the truth as best he could.

On the other hand, Nothing’s Sacred appears to be nothing more than an attempt for Lewis Black to provide his credentials as the brightest, most liberal guy on the planet. At no time does he feel the need to be amusing or even interesting. He just plows ahead making sure that people understand why he’s such a brilliant and caring guy.

I realize he’s got his audience that feels strongly that war is bad and nobody should go hungry and life is unfair but I wonder if he thought about the poor bastards that would read his book expecting to be entertained.

While you mull that over let me move on to the reader. If they have a right to a good book surely there are some responsibilities that come with that. Responsibilities that most readers completely ignore as they go plowing through the latest best-seller without a care in the world.

Let me focus for a minute on their primary responsibility.

Readers have to stop reading books that they want to read. Is it that they lay awake and worry about the financial stability of J.K. Rowling and E.L. James and that leads them to buy everything these two N.I. Twits publish?

O.K. Dokie, that might be a little harsh. Truth is I’m just jealous because I never thought to call myself L.D. Manion. (Because Danger is my middle name)

But my point remains. Fuzzy but it’s there.  It’s the responsibility of the reader t occasionally read something they don’t want to read. A new genre. An unfamiliar author. A subject matter that makes them uncomfortable. Reading should do more than kill time. The reader should feel something new, learn something, get offended or disagree with something.

If it sounds like I’ve added a lot of unnecessary friction in what was a simple transaction you’re dead on. Look around you o’ potential reader, does the world look like it needs any more activities to dull the imagination?

You might want to see if you have more than you think.

Lance Manion is the author of five short story collections. His latest, The Trembling Fist, is available now at Amazon. He contributes to many online flash fiction sites and blogs daily on his eponymous website. He finds the na at the end of banana as annoying as you would if it were bananana. 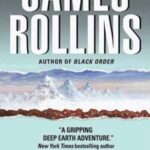 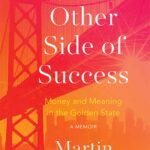