Lee Jackson, author of Curse the Moon, gives us a unique perspective of the Cold War Era, Castro’s Cuba and the cloak and dagger of that time with his historical thriller.

Lee talks about why he thinks people find this era so interesting and we find out who his character Atcho is based off of! Check out the podcast and share your thoughts on the Cold War!

Popular Books Internet Radio with COS Radio on BlogTalkRadio 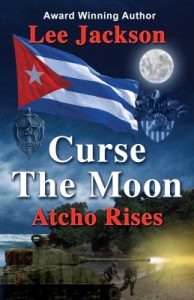