The Webby’s Are Here! 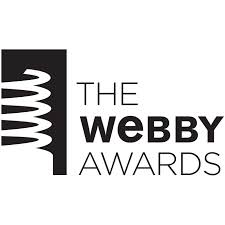 Formed to honor excellence on the Internet, The Webby’s celebrate some of the best products, webpages, gadgets, and software found globally on the Internet.

From the Webby’s press release:

The Webbys is presented by the International Academy of Digital Arts and Sciences (IADAS) — a 1,000+ member judging body that includes Executive Members comprised of leading Web experts, business figures, luminaries, visionaries and creative celebrities, and Associate Members who are former Webby Award Winners and Nominees and other Internet professionals.

Best Use of Device Camera: Glasses

Best Use of GPS or Location Technology: Glympse

Best Use of Mobile Video: Vine

Games, Tablet and Other Devices: BADLAND

Readers Entertainmenthttp://dayagency.com
Previous articleHow to Kill A Killer You Trained Yourself…
Next articleSNEAK PEEK: The Hourglass by Sharon Struth