When life shakes you up and pours you over the rocks…

Socialite Nikita Derringer is hiding from the mob because of a deal her ex made with the devil, that she accidentally did her ex in with her designer heels, is… beside the point.

Guilt ridden developer Ben Harding walked away from his lucrative big city job and is searching for redemption in the quiet solitude of his grandfather’s sacred fishing cove. But fate has something else in mind for them at cocktail cove. Throw in sex therapy for the masses, a bear of a dog, the deep end of passion and you’ve got a potent mix guaranteed to ignite your senses and fill your heart with love and laughter. 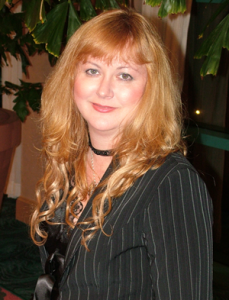 Under a barrage of nagging by BFF’s, I’ve been told my bio was boring, not at all a reflection of just who I am beneath the surface, which is a compliment…I think. So, I promised to rev it up a bit. Thus the reason why I’m sitting here staring at the computer screen with nothing but crickets in my brain. I’m totally into making up wild and interesting stories with a lot of heart thrown into the mix, but telling people about myself isn’t so easy.

What can I tell you about me?

I don’t play video games or watch horror because I can’t take the heat, but give me a kickass thriller every minute of every day and I am there. Be prepared for a Hoover Dam meltdown if you’re with me and the movie is sad. So, to avoid disaster, I love romantic comedies.

I grew up in Miami. Went to nursing school in Georgia, where I now reside. I raised and home schooled three great kids. I wrote for nine years before I sold a book, which made me a firm believer that a person should NEVER NEVER NEVER GIVE UP ON THEIR DREAMS.

I remember my father’s remark after a particularly scandalous story about one of my ancestors, a story that involves a conspiracy, treason, betrayal, murder, and execution, a story that after a drink or two in the bar, I might be enticed to share. Anyway, what my father said was, “You can’t keep a good man down.” And I kind of see that in myself. Not that I am necessarily good, because the definitions of moral words are often relative, but I do persevere, and I am resilient. Nothing in life has ever worked out the way I planned for it to. In many areas of my life, I have yet to reach the level I thought I would, of where I envisioned I would be, but I haven’t given up. I won’t give up. I continue to work hard and do everything I can to help who I can and to make my dreams come true.

Besides great kids, family, and friends, that perseverance has so far garnered me a USA Today Bestselling tag and twelve plus books on the shelf in a number of genres (contemporary romantic suspense, historical suspense, paranormal suspense, and contemporary romance). I’ve won a number of writing awards, two National Choice Awards, three Maggie Awards, a RT Book Club Reviewer’s Choice Award, the Daphne du Maurier Award, the Marlene Award, and the Golden Heart Award to name most of them. I work with several amazing women in a charity to raise money for a shelter that helps abused and homeless women and children. I’ve revived my nursing career after a long hiatus, have renewed my license, and will find the right job for me.

I know there are many more great things ahead.

I write romance because I believe that when you boil all of life down to its essence, if you take a human being to the very core of his existence, then you will find that what matters more than anything else is to be loved and to give love.

Life is all about choices and to pull from one of Erich Fromm’s quote, I choose to create and to love rather than destroy and to hate.

I hope you enjoy my stories.