SNEAK PEEK: Worth the Trade by Kristina Mathews

Worth the Trade by Kristina Mathews

After inheriting majority ownership of the San Francisco Goliaths baseball team, Hunter Collins wants to prove to herself and the rest of the league that she’s got what it takes to build a champion. Her first move is to trade for a hot left-fielder. He’s got it all, speed, power, and a desire to win. Not to mention undeniable charm.

Marco Santiago is tired of being the new player in town. This is his fourth team in six years and he’s facing free agency at the end of the season. He wants nothing more than a long-term contract. Hitting on his new owner probably isn’t the best way to secure his future with the team.

They’ll both give anything to get their team to the World Series, even their hearts.

“Have dinner with me?” Maybe it was jet lag. Sleep deprivation. Or some seismic anomaly affecting his brain waves. Maybe going more than six months without sex had been a really bad idea.

“I’m sure you’ll find plenty to eat at the post-game spread.” Did her hesitation mean she was rattled? “We have an excellent caterer.”

“No. I want you to have dinner with me.” He leaned toward her, knowing she’d deny him, but he wanted to linger near her a little bit longer.

“I can’t.” She squirmed, avoiding his gaze. “It would be a conflict of interest.”

“You’re only conflicted because you’re interested.” He kept his smile to himself. He was getting to her. Almost as much as she was getting to him. Even though she wasn’t at all his type. Or maybe she was, she just worked so damn hard trying to hide it.

“I’m only interested in winning the division and making a strong run in the postseason.” She turned her head to look out the window as if to show she was unaffected by the chemistry between them.

“Aren’t you a rotten liar?” He chuckled softly. Oh yeah, he was definitely getting to her. “Don’t join in the poker game at the next owners’ retreat. You’ll be wiped out.”

She whipped her head around so fast the car shook. “I happen to be a very good poker player. I can hold my own against anyone. Anytime.”

Interesting. Her strong reaction told him two things. She was insecure about her place among her fellow owners. And yes, she was interested in him on more than a professional level.

“That explains your wardrobe.” He leaned back, not ready to leave her just yet. “You dress like you do to fit in with the old boys’ club. But you can’t hide the fact that you are all woman.”

“And you can’t hide the fact that you don’t want to be here.” She dared look him straight in the eye, but couldn’t hold his gaze.

Marco slid out of the seat and headed into the ballpark acting like he owned the place.

The game had ended by the time he got through security and onto the field. The Goliaths had held their lead and a good portion of the crowd lingered, singing along to Tony Bennett. One of the on-field reporters recognized him and rushed over to be the first to interview him. 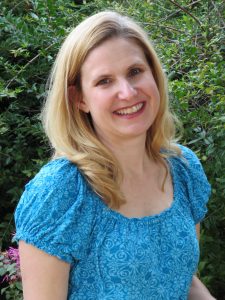 Kristina Mathews doesn’t remember a time when she didn’t have a book in her hand. Or in her head. But it wasn’t until she turned forty that she confessed the reason the laundry never made it out of the dryer was because she was busy writing.

While she resigned from teaching with the arrival of her second son, she’s remained an educator in some form. As a volunteer, parent club member or para educator, she finds the most satisfaction working with emergent and developing readers, helping foster confidence and a lifelong love of books.

Kristina lives in Northern California with her husband of more than twenty years, two sons and a black lab. A veteran road tripper, amateur renovator and sports fanatic. She hopes to one day travel all 3,073 miles of Highway 50 from Sacramento, CA to Ocean City, MD, replace her carpet with hardwood floors and serve as a “Ball Dudette” for the San Francisco Giants.