Do You Have The Right to be Forgotten? 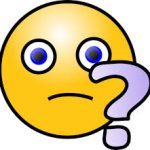 Several lengthy and costly legal battles have been raging for years over Internet content, censorship and the rights of an individual to remove information about themselves.

Since its inception, the Internet has an iron-clad memory. Any and everything that has been posted about you, your family or our business will live forever in cyber-space. Those indiscretions from your college days, or a too hastily posted blog can cause damage to your ability to get a job, obtain a loan, or enter many organizations.

A 2010 case brought by Mario Costeja Gonzales with the Spanish Data Protection Commissioner regarding Gonzales’ home repossession way back in 1998. The Commissioner ruled that this information was damaging, outdated and currently irrelevant.

Google however, disagreed filing its own lawsuit, claiming “forced removal is akin to censorship, which violates the company’s rights. Further, Google has previously argued that has a processing engine, it cannot be held responsible for collecting data it does not control.”

In a recent decision, the European Union Court of Justice has ruled that individuals do have the right to protect their privacy by controlling their private data.

The Court further holds that the operator of the search engine is the ‘controller’ in respect of that  processing, within the meaning of the directive, given that it is the operator which determines the  purposes and means of the processing. The Court observes in this regard that, inasmuch as the  activity of a search engine is additional to that of publishers of websites and is liable to affect  significantly the fundamental rights to privacy and to the protection of personal data, the operator of the search engine must ensure, within the framework of its responsibilities, powers and  capabilities, that its activity complies with the directive’s requirements. This is the only way that the  guarantees laid down by the directive will be able to have full effect and that effective and complete  protection of data subjects (in particular of their privacy) may actually be achieved…

So far as concerns, next, the extent of the responsibility of the operator of the search engine, the Court holds that the operator is, in certain circumstances, obliged to remove links to web pages that are published by third parties and contain information relating to a person from the list of results displayed following a search made on the basis of that person’s name. The Court makes it clear that such an obligation may also exist in a case where that name or information is not erased beforehand or simultaneously from those web pages, and even, as the case may be, when its publication in itself on those pages is lawful.

There is current pending litigation in the United States regarding the right of information to be forgotten. Reader’s Entertainment will post as information becomes available.