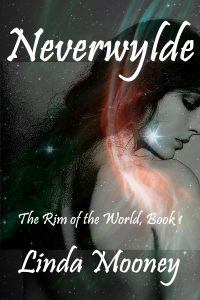 Two species, bitter enemies, are determined to destroy each other, until they realize they need one another to survive a major catastrophe.

As they race through a nebulous space anomaly in the midst of battle, the Terrans and Seneecians are blown through a wormhole to crash land on an uncharted world. A half world. A world containing the remains of a long-dead civilization.

As they slowly come to realize there is no escape or forthcoming rescue from the barren planet, Kelen learns there is much about the enemy she never knew. Including the fact that Kyber’s formidable appearance hides a strong, brave, and caring heart.

Kelen dropped her armload of material and reached for her hand weapon. It was an automatic gesture, made more instinctive than habit after rigorous training. Realizing she wasn’t wearing it, she grabbed a section of one of the consoles she’d been carrying and held it up, ready to swing it at the first Seneecian who approached her.

Yet, none of them did. They stood there, their fangs and talons showing, and growled. But no one appeared to want to take the initiative until Cooter rushed to the front and raised his rifle. A split-second before he fired, she whacked the barrel of the gun upward, and the shot went wide.

“Wait! Wait! Look!” She pointed at the creatures facing them. “They’re injured.”

“Good!” the head of security shouted, and aimed his rifle again, directly at the immense Seneecian standing in front of the others.

She started to cut off his shot a second time, when something tried to skitter across the toe of her boot. As it made contact with her protective skin, it hissed. Kelen swung her makeshift club at the thing. It made a squishing sound upon impact, and the creature went flying across the floor.

Someone swore. “Shit! There’s more of them!”

For a moment, she thought someone was saying there were more Seneecians, when the floor seemed to move. A beam of light swept over the ground to find it nearly covered with dark, reddish-colored wormlike things with legs. A single eye stalk rose from the center of their bodies. As the nearly foot-long creatures spotted them, they rose up to on their hind legs to reveal a slitted mouth along their underbellies.

“Waste the fuckers!” Jules hollered, grabbing a piece from Dox’s collection. He started mowing down the wormy creatures, but more of them continued to advance toward her and the others, as well as the Seneecians.

Kelen pounded them with the console. Others fired their weapons. That noise, along with the sound of Cooter’s pulse rifle, clashed inside the temple walls like a thousand bells. The volume became deafening.

Striking the invading creatures was more difficult than she could imagine. Every one she hit exploded into blue-black goo that clung to the end of her club. Goo that adhered to another one of those things, until the piece of metal was crawling with a dozen stuck wormy bodies all struggling to fight back. Their combined weight quickly sapped what little strength she had left, and Kelen knew she’d soon be unable to lift her weapon, much less continue beating with it.

At some point, she became aware of a large presence at her back. She barely had time to glance over her shoulder to see the huge Seneecian standing there, firing his own weapon at the mob advancing from behind her. Tightening her grasp on her weapon, she continued the bat the wormy things.

She felt a hard tug on the side of her leg. Swinging the club downward, she missed hitting the worm trying to gnaw through the tough protective skin. It redoubled its efforts, when something slammed against the side of the face. Kelen shrieked, dropping her weapon, and grabbed the creature adhered to her cheek. She heard it hiss, and an oily substance began to delve into her ear. Crying out again, she pulled on it, when the thing dug its feet into her face. It released a thick cloud of noxious fumes, choking her, making her dizzy. She could feel herself sinking into unconsciousness.

There was a sudden jerk on her head. Blue-black ichor sprayed across her face, and she gasped. Another jerk, and she could feel the thing’s pincers being drawn out of her skin. Kelen rolled her eyes upward, to find the big Seneecian standing less than a meter away from her. He tossed away the piece of the creature he’d dragged off her face as his arms and talons dripped dark colored gore.

Time seemed to hesitate. Her eyes locked with his. Into that nearly ethereal green gaze. A gaze filled with worry and…

“Thank you,” she gasped. She tried to lift her club, but her arms had gone numb.

The Seneecian’s expression froze. He reached out toward her, and she flinched as he shoved her to the floor. There was a high-pitched whine, and a worm exploded inches above her. More ichor splattered across her face and neck.

She gasped. Placing her hands beneath her, she attempted to sit up, but her muscles would no longer obey. She laid there, unable to move, as the darkly furred alien towered above her.

A wife, mother, grandmother, and retired Kindergarten and music teacher, she lives in a small south Texas town near the Gulf coast where she delves into other worlds filled with daring exploits, adventure, and intense love.

You can find more about Linda and her books at: