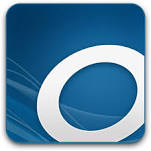 OverDrive, the leading eBook and audiobook platform for libraries and schools, announced the most borrowed digital books from public libraries for August 2015. Paula Hawkins’ The Girl on the Train continues to dominate the top spot as the most popular eBook and audiobook title borrowed from the library. Released August 3, James Patterson’s mystery-thriller, Alert, was the most popular new release eBook and audiobook, while Sue Grafton’s much anticipated X made  a strong push in the last week of August. See the top five most borrowed digital books from OverDrive-powered libraries last month below.

The most borrowed eBooks and Audiobooks from libraries list is based on data from 34,000 libraries and schools worldwide that lend eBooks, audiobooks and other digital media via the OverDrive platform. In August, more than 15 million digital titles were borrowed from libraries across the globe. To borrow and read these popular titles and more from your local library, get started atOverDrive.com.

TOP 5 MOST BORROWED EBOOK TITLES FROM LIBRARIES IN AUGUST

TOP 5 MOST BORROWED AUDIOBOOK TITLES FROM LIBRARIES IN AUGUST

Jocie McKade - 3 December 2020 0
Behind The Words with J.D. Griffo Welcome J.D., we are very excited to have you on Reader's Entertainment. Let's start with sharing a bit about...