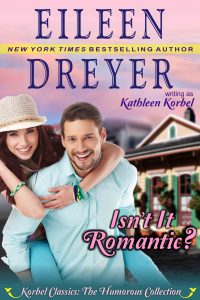 Now Pete is a famous cable news anchor who earned his stripes in war zones, and Brooke watches Pete on the same old TV in the same small town.

Then Aunt Mamie passes away, and everything changes.

When Pete and Brooke set out on a road trip to fulfill Mamie’s last wishes, they discover more than tornadoes, Hell’s Angels, New Orleans Jazz

Trying her best to ignore the music Miss Letitia had picked for the service, Brooke clenched her hands together to keep them still and wondered if she could get up to give her own eulogy to the little lady they were remembering today.

Not one thing. They hadn’t allowed one of Mamie’s requests to be honored at her own damn funeral. It seemed that the dead in Rupert Springs didn’t have the same rights their fluttery, iron-willed surviving sisters did. Miss Letitia and Miss Emily, both often married and yet still clinging to that fond affectation of Southern womanhood, stood together in the front row, tiny sparrows in their old straw hats and organdy dresses, white gloves and prayer books. Dabbing overwrought and suspiciously dry eyes, they oversaw the funeral they’d personally planned for the sister they’d never understood.

“Excuse me, can you take that damn hat off?” a new voice suddenly whispered in her ear. “Person can’t see over somebody your size, much less one with a Frisbee on her head.”

All of Brooke’s anxiety escaped her in a whoosh as she whipped around on her attacker. “Well, if it isn’t the star of stage, screen and Saudi Arabia,” she hissed right back, fighting hard to keep the delighted grin from her face as the congregation swung around in an attempt to read the second verse and watch the newcomer at the same time. “Where the hell have you been?”

Coop shot Brooke a brash, completely unrepentant grin. “It’s one. I’m here. And I have the bribe.”

Not even seeming to notice the people around him, he handed up a gold-wrapped box that Brooke knew was going to contain Godiva chocolates.

“One my cute little tush,” she retorted, snatching the box from his hand. “When have you ever been on time for anything?”
“You forget,” he answered. “I’m a respected newsman now. Six-thirty, every night. No matter what. In your living room.”

Brooke snorted, upsetting the delicate tonal balance of the Renfields. “Not in my living room. I have better things to watch.” She gave brief attention to the weight of the box and nodded. “You just made it, bucko. That shot of you and Bessie almost hit every wire service in the country.”

Coop scowled at her. “I do not consider cow-tipping a sordid truth. And besides, it’s not like I did it with a stranger. She was Mamie’s cow.”

“Your cow, now. Stand up here, you jerk, and pay your proper respects.”

He looked so good. So much the same, and yet so different. Brooke had lied. She did watch him every night on the news, cheering for his successes and worrying through his crises. She hadn’t eaten the entire forty-eight hours he’d been caught in Baghdad by a surprise war, had barely had the concentration to work while he’d dodged scud attacks in Saudi Arabia. And when he’d been hurt, she’d come very close to getting on a plane herself.

“Did I miss ‘Streets of Laredo’?” he whispered in her ear.

Brooke was one of the few women Pete didn’t have to bend to. At six-two, he was built like a runner, long, sleek lines and unconscious grace. Brooke, of course, remembered the years when that frame had been lanky, the legs too long, the arms too short, the famous Cooper profile still honing. She remembered the vast sea of insecurities that had finally launched his career in broadcasting.

No one would ever think it now. No one in Rupert Springs remembered anymore that Pete Cooper hadn’t always been self-possessed and striking, that women didn’t always fall dead away at his feet over that just-handsome scar on his chin and the devilish intelligence in those moss green eyes.

“Please be seated,” the reverend intoned just as Pete gained the chair Brooke had saved for him.

“Yeah,” Brooke informed her older brother’s best friend. “You missed ‘Streets of Laredo,’ all right. You missed everything.”

Funerals, and one unique antebellum mansion. They find they might just be falling in love.

You can purchase Isn’t It Romantic @
Amazon
Barnes & Noble
Kobo

2015 sees Eileen enjoying critical acclaim for her foray into historical romance, the Drake’s Rakes series, which Eileen labels as Regency Romantic Adventure that follows a group of Regency aristocrats who are willing to sacrifice everything to keep their country safe. She is also working on her first non­fiction book, TRAVELS WITH DAVE, about a journey she’s been taking with a friend’s ashes.

A retired trauma nurse, Eileen lives in her native St. Louis with her husband, children, and large and noisy Irish family, of which she is the reluctant matriarch. She has animals but refuses to subject them to the limelight.