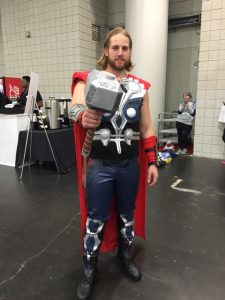 There’s something about wearing a costume that lets you be something larger than life. For the time you wear that costume you become something else, or someone else and the rules of your life fade into an imaginary realm where rules are meant to be broken, or protected. COS Play (Costume play) is hundreds of years old. From the time of the first theater, to as far back as when children began to pretend while wielding sticks as swords, COS play has been part of the human imagination and condition. 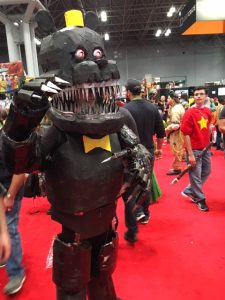 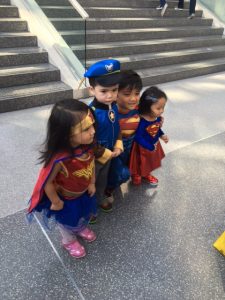 ComicCons, or other fantasy events, not only provide a stage or venue for such play, but encourage and celebrate it with contests, prizes and notoriety. One of the biggest ComicCons includes New York ComicCon which was held this past week. Whether someone came as a hero, a villain or something completely indefinable, they came to be seen and have fun. Some costumes were as simple as wearing a Fez (Doctor Who) or as complex as having body paint, leather clothing and intricately made details to give life to the character being portrayed. 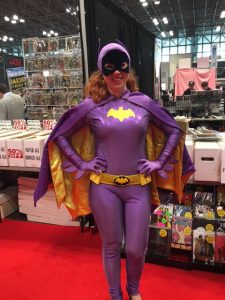 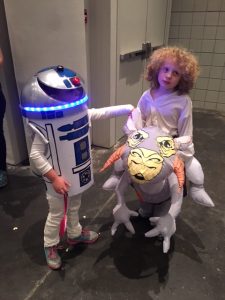 It was interesting to note that at NYCC the event runners placed a large sign letting attendees know that, just because someone dressed up, did not give people the right to take pictures or engage with that COS player. It’s important that COS players feel they are in a safe environment to live out their fantasy and stay in character if that’s what they want to do. It is a strict rule that COS players not be harassed and it is an accepted practice as well as a rule that, if you want to take a picture, you ask politely. 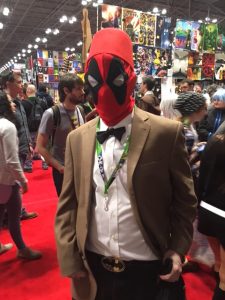 Part of the fun is guessing some of the mash-ups or gender-bending costumes. COS players are highly creative and though some take great pains, and expense, to create costumes that are identical to the character they are portraying, some spend just as much time and energy creating new ideas based on those characters or creating their own ideas for costumes and characters entirely. 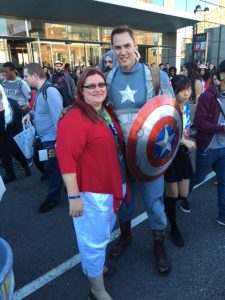 It’s not just the large fandoms that are represented with COS Play. Though you will find many superheroes, Doctor Who and anime characters, you are just as likely to find characters from obscure movies, cult classics or toys. 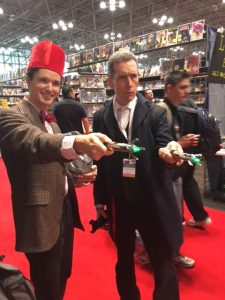 The COS player community is tight-knit with many of the participants friends who see each other only at events, but who stay in touch via social media. Those who attend events such as NYCC show appreciation for the costumes by taking and sharing pictures and engaging with the COS players. 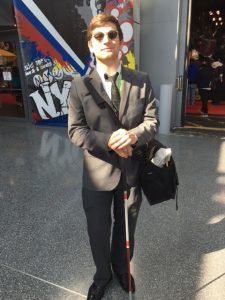 This year there were costumes for new shows like Daredevil, old movies such as The 5th Element, cult classics such as The Toxic Avenger and game characters like Super Mario Brothers. Whether the COS players were scary, funny, sexy or amazingly accurate in costume they are always a hit and this year was no different. 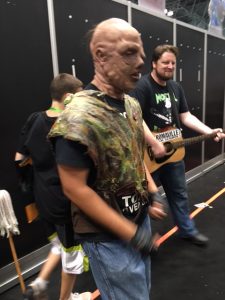 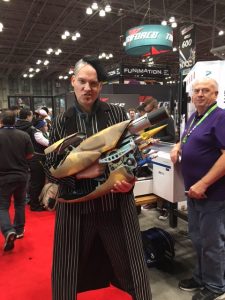