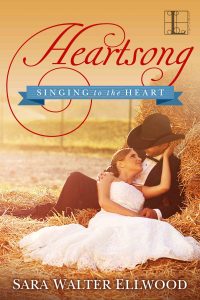 Gabriel McKenna is living the dream. A rising country music star he’s no stranger to fame, money, or beautiful women. Despite his bad boy image, he’s also got a heart of gold, and when his ten-year-old brother is orphaned, he wants to take him under his wing. But the judge on the case is less than impressed by Gabe’s reputation and awards custody to the grandfather Gabe knows firsthand is abusive.

Michaela Finn is no stranger to heartache. Years ago she was engaged to Gabe McKenna, but two days before their wedding he ran off to Nashville with a female talent scout. Now Gabe is back in her life with an insane plan. Marry him, so he can get custody of his younger brother. Michaela can’t bear to think of any child being hurt, but she’s just not sure her heart can carry a happy tune when Gabe is playing lead…

“Just hear me out before you say anything. Okay?”

Michaela nodded; then Gabe popped the cork and poured two fluted glasses full of the champagne. He handed her one, but neither of them took a drink. Her hand shook as she set her sparkling drink on the granite top of the island.

He set his glass beside hers and plowed on. “I know the judge liked you, and if your living and financial situations were different, you would’ve gotten custody. Reese mentioned that Anderson is a fan of mine. He also said the judge thought I was good with Jesse.”

He paused to take a deep breath. “I don’t blame the judge for not giving me custody. Hell, I even said the same thing. The road isn’t a place for a kid. You’re fantastic with Jesse, and we both love him. So, I was thinking that maybe if we were–uh–married, the judge might give us Jesse.” He picked up the champagne, suddenly needing a drink.

“You want to get married?” Her voice shook, and he barely heard the quiet words. 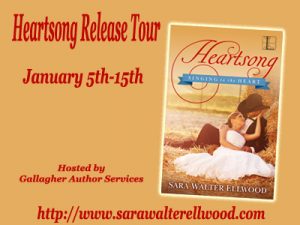 He met her gaze and drained the glass. “It would be a business deal. After we adopt Jesse, we’ll get divorced and have joint custody. I already have the pre-nup drafted. You’d get to stay here at the ranch with Jesse, but the place will go to him when he turns twenty-one. I’ll pay child support and provide for him–and for you and your momma too, if you’ll let me, at least until Jesse’s older. He needs a full time momma now.” Her lips flattened. She was about to argue. He had to get all of this out, or he was afraid he wouldn’t be able to. “Anyway, I’ll visit as much as possible. You and Loretta would live here at the main house, and I could stay in the cottage when I’m here. Basically, we’d have the custody deal we wanted.” He shrugged, watching her for a reaction other than total disbelief and anger, amazed when only quiet resignation settled over her beautiful face.

“Okay.” She breathed the word.

“You’ll marry me?” He didn’t bother hiding his surprise.

She drained her glass with a wince. “Damn, I’ve never liked champagne.” Michaela headed for the fridge. “Do you have any beer in here?”

He was more uncertain now than he’d been before he started thinking about this crazy idea. “Yeah. Lone Star. Get me one, too.” When she turned with the longneck bottles in hand, he chuckled. “A two hundred dollar bottle of fine French bubbly, but we’d rather drink Texas beer.”

“I’m a country girl, Gabe. You’ve always known that.” She handed him one of the bottles. “I’ve actually been thinking the same thing–that if I were married the judge would’ve given me Jesse. But the only man I can think of is Cash Nelson.” She twisted the top off the beer and took a long draw. “But he would read too much into the agreement. I never considered you. Hell, the whole town knows I can’t even stand you. How is this gonna work?”

Gabe didn’t like the way his heart pinched at her words. He tossed the cap from his beer beside hers on the island top and took a drink.  “We’ll have to convince them otherwise. We have a history and we’ve been working together”–he grinned as he remembered the custody hearing– “or against each other for weeks now. Everyone knows there’s a fine line between love and hate.”

You can purchase Singing to the Heart at:
Kensington Books
Amazon
Barnes and Noble
iTunes
Kobo

The other books in Singing to the Heart…

Heartstrings, Book 1 is now available and Heartland, Book 3 is available for pre-order
Heartstrings: Amazon
Heartland: Amazon
For other links and book information check out my website page

Although Sara Walter Ellwood has long ago left the farm for the glamour of the big town, she draws on her experiences growing up on a small hobby farm in West Central Pennsylvania to write her contemporary westerns. She’s been married to her college sweetheart for over 20 years, and they have two teenagers and one very spoiled rescue cat named Penny. She longs to visit the places she writes about and jokes she’s a cowgirl at heart stuck in Pennsylvania suburbia. Sara Walter Ellwood is a multi-published and international Amazon bestselling author of the anthology set Cowboy Up. She also publishes paranormal romantic suspense under the pen name Cera duBois.