Divorce Rates in Younger Generations and What this Means for Marriage

Marriage is a critical decision for many young people, but interestingly, this is not the way marriage has been traditionally viewed. For much of history, marriage was simply a necessary life step and was not always viewed as a decision. Many people were married out of their parents’ wishes, or social and economic pressures. Today, young people get married for different reasons and the resulting divorce rates among younger generations are lower. 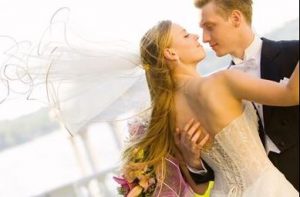 The Rate Is Lower
Many people are surprised the divorce rate is actually going down, but there are several reasons for this. First, younger generations are deciding to postpone marriage. This allows couples to have greater financial security in marriage. Money troubles, a starting point for couples who end up divorcing, are less likely to happen this way. Secondly, people feel less social pressure to get married and younger people commit to marriage only if they really wish to enter such a permanent union. The result is a greater commitment to make the marriage work.

A few books to consider for young couples might be, Fighting for Your Marriage by Howard J. Markman, Scott M. Stanley, and Susan L. Blumberg. This one has helped quite a few couples recognize where common problems start and how to become a more active partner in your marriage. Another is Mad About Us: Moving from Anger to Intimacy with Your Spouse by Gary J. and Carrie Oliver. Learn to control your anger and use it to your advantage as you work through common roadblocks as a couple.

The Young Find the Right Mate
Younger generations are also more likely to find the right mate. This also contributes to the reduction of divorce statistics. According to a recent report in the New York Times, new generations are fortunate to be raised in a world with greater equality for women and those who decide to work are quick to let their passions be known.

Men in the younger generation are able to enter relationships with a women knowing if she wishes to stay home and raise kids or pursue a career. The oldest generations didn’t have this option many times, and other generations had this social transition occur after marriages already took place. The result was many divorces occurred simply because women wanted to pursue career options which were newly available. If a man married a woman expecting these options to never open up, it is understandable how conflict could occur and divorce rates would rise. Younger generations may never had to deal with this issue.

Dealing with divorce is difficult and a few of these books have helped many navigate the loneliness and separation that come afterward. Aftermath: On Marriage and Separation by Rachel Cusk teaches about getting to know yourself in a world alone, and Split by Suzanne Finnamore is a funny and practical guide about dealing with life along after a breakup or divorce.

Younger generations today are delaying marriage, but are also making those marriages last longer. It’s true that extreme experiences can still trigger divorces in the younger generation. For example, a divorce that involves a Houston sex attorney could certainly fall in this category. But for the most part, these younger adults are changing the realities behind marriage. Society may feel the ramifications of this trend for generations to come, and hopefully, the results will be good news for posterity.

Readers Entertainmenthttp://dayagency.com
Previous articleThe Butterfly Memoir Series by M.J. Kane
Next articleEdison at Home? Everything You Need to Fuel Your Kid’s Experiments