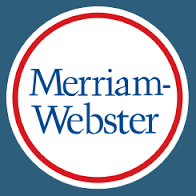 New words come in many forms. They are created to identify new technology, they are slang used by teens, or they come from trends, pop culture and very often science-fiction. Merriam-Webster Dictionary is charged with incorporating all those new words that humanity invents. It is a more intense process than many realize. While some of these new words will become part of the language, others are just a fad rarely to be heard of again. New words are vetted and only incorporated in a new dictionary when they could, “be used in a substantial number of citations that come from a wide range of publications over a considerable period of time.”

cold one (to mean “a cold beer”), coconutty (to describe something that tastes of coconut),

toon (as an abbreviation for cartoon)

life hack (which is two words and usually refers to a simple and clever tip or technique for accomplishing some familiar task more easily and efficiently).

And they added a few not so popular words:

The 2016 edition of the dictionary has added 1,400 new terms and phrases, and 700 new senses of existing terms.

Merriam-Webster even has a blog where you can go to see the words they are considering. Words We Are Watching, offers a unique insight into what just might be in your dictionary next year.