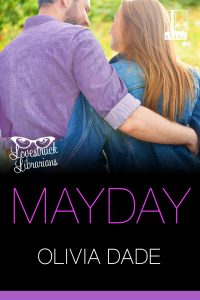 Helen Murphy loves her supportive family, her close-knit circle of friends, and her part-time job at the library. What she doesn’t love: the fact that she’s a thirty-six-year-old near-virgin who lives in her parents’ house. Eager to move out and reclaim her independence at long last, she’s determined to get the library’s new Community Outreach Coordinator position. Even if that means working side-by-side with the one man she desperately wants to avoid—Niceville’s ambitious mayor Wes Ramirez, who happens to be her only previous lover, and the source of her greatest humiliation…

Wes needs to make up for his disastrous one-night—actually, make that one-hour—stand with deliciously nerdy librarian Helen. As they plan the city’s upcoming May Day celebrations together, he’ll try to prove he can do better, in bed and out. It may take every bit of his creativity and determination, but their budding romance has already gone down in flames once . . . and he’ll be damned if he’ll let Helen go a second time.

After almost twenty years, Wes had managed to clear the stench of failure from his lungs. The air smelled cleaner. The chatter he heard from the arriving committee members sounded sweeter. More cheerful. Even the colors looked more vivid.

One color in particular, actually. A flash of brightness came bobbing in from the doorway, almost entirely obscured by a tall blond woman walking ahead of it. He craned his neck, trying to figure out what source of light had caught his eye. Then the blonde moved to the side, and he could finally see. His gaze focused on a head of coppery red hair and a pale, dimpled face.

He froze, unable to breathe for a long, painful second.

Helen. Former schoolmate. One-time lover. To his shame, one mediocre time at that.

Helen, the woman who had unwittingly served as the catalyst for his recent successes.

Helen, his greatest regret of the past year.

Chatting with the blonde and not looking his way at all, she selected a seat at the end of a back row. From what he could tell, she hadn’t changed much in the last ten or so months. She still appeared soft, all curves and gentle, round warmth. Her fiery mane of red curls hung maybe an inch longer than he recalled, barely brushing the shoulders of that dress. And as he watched, she pushed the frames of her horn-rimmed glasses onto the bridge of her nose, precisely as he’d seen her do that night. 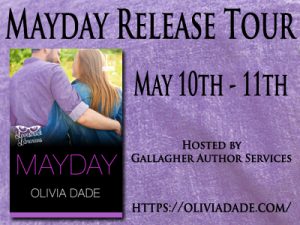 Their encounter nearly a year ago should have been all about her. Even through a haze of self-disgust and frustration, he’d noticed how she shone in a crowd. But he’d needed a way out of his own head more than he’d wanted the possibility of a real connection with a woman.

So he’d used her. Used sex to distract himself from his failures, in a grim repetition of old patterns he’d tried so hard to break. And afterward, he’d looked down at Helen sprawled across his bed—all tousled red curls and pale, velvety flesh, the embodiment of his secret dreams—and known he’d screwed up. Big-time. Because a man wanted to give a woman like her the world, and he couldn’t give her anything. Not even a decent romp in bed, and certainly not a man worth her attention and energy. So he’d turned her away, hurting her. Hurting himself.

She’s still a woman who deserves more than you can offer, an insidious voice whispered inside his head. A whiff of that familiar stench drifted his way again, and he shook his head hard to remove it from his nostrils.

No. That wasn’t true anymore. Now he could offer her something. An apology. An explanation. Above all else, a man worthy of her time.

What would happen between them without alcohol and despair muddying their interactions? Would they enjoy each other’s company? Would she accept his apology? Could the two of them make a fresh start and see where it led?

He didn’t know. But he could find out. Right now.

You can purchase May Day at: 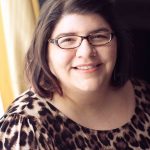 Olivia Dade grew up an undeniable nerd, prone to ignoring the world around her as she read any book she could find. Her favorite stories, though, were always romances. As an adult, she earned an M.A. in American history and worked in a variety of jobs that required her to hide her bawdy interior under a demure exterior: Colonial Williamsburg interpreter, high school teacher, academic tutor, and (of course) librarian. Finally, though, she realized the call of the hussy could no longer be denied. So now she writes contemporary romantic comedy with plenty of sex, banter, and nerdery. When not writing, she cooks alongside her husband, dabbles in photography, and tries to hide her collection of throbbing-intensive romances from her curious daughter.

You can learn more about Olivia online at:
Olivia’s Website
Kensington Books