I love New York, but I have to say, I love Chicago too! The architecture, the art, the amazing people and food. So, I was thrilled to hear BEA would be changing venues and we’d head to Chicago in 2016. I admit that I wondered if the event would be as big in Chicago as it was in New York, but the opportunity for meeting new people and finding new exhibitors was high, which made this year especially interesting for me. 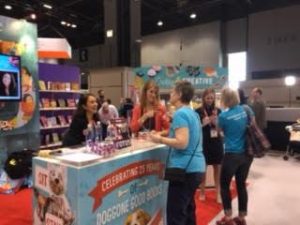 I found some old favorites first, like Out of Print, the store with book-themed items. If you’re a true book-lover you have got to check this place out. I loved seeing some of my favorite publishers such as McMillan, HarperCollins, Sourcebooks, and so many others who are always good to me, giving books, introducing me to interesting authors and sharing goodies! I loved seeing BookBub there and if you know nothing about them I suggest you immediately Google them, and thank me later. 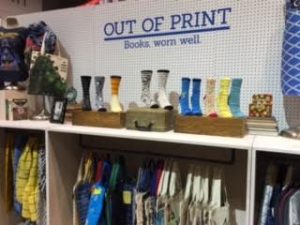 There were new authors, new publishers, new companies and I learned new things. One of the best things I saw there was an app that, when you pointed it at a book that was part of the app’s catalog, would show you 3D characters that interact with the characters on the written page. It was amazing! 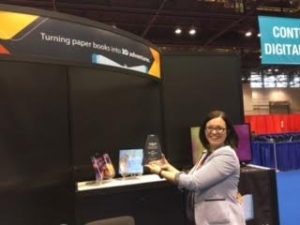 I got so many books and HaperCollins gave out chocolate brownies. Yes, one more reason to love HarperCollins! I love running into new people and old friends and I met many of both. I saw Carol Fitzgerald from The Book Reporter. She is a busy woman doing a lot of exciting things, including interviewing interesting people! I saw Kathy Lyons who shared her favorite things with me. She loved the Paint by Sticker idea so much we did a little video for it! I saw Brenda Novak who is an amazing thriller writer and human being. And I ran into Tom Doherty the founder of TOR and he was kind enough to take a photo with me. 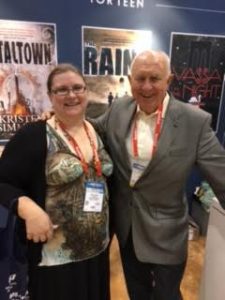 The event was about 20% smaller as far as exhibitors on the floor, but there were so many new exhibitors and so much more time and space to talk and really get quality time with exhibitors that, thought it were smaller in size, it was bigger in outreach. 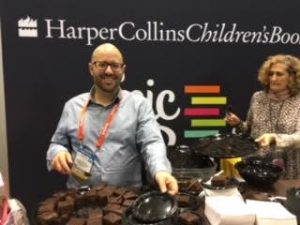 And the award goes to… The Golden Globes are this Sunday, and 2021’s ballot is full of book adaptations! We invite you to pair your...
Read more