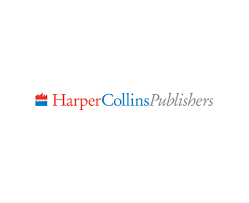 More from their press release:

HarperCollins Publishers today announced a “New Bookstore Development Program” for U.S. independent booksellers who are opening new stores or expanding to additional locations. Starting July 1, 2016, qualifying stores will be eligible for additional discounts in the form of market development and fixture funds on orders placed prior to opening and for the first three months of operation. In addition, HarperCollins will provide grants towards American Booksellers Association (ABA) membership dues and three months of Above the Treeline fees.

“Local independent bookstores play a significant role in community life around the nation and there is definitely room for many more of them,” said Josh Marwell, President of Sales, HarperCollins Publishers. “We want to do everything we reasonably can to encourage such growth, especially in the critical early days of a new store’s life.”

“We are grateful to our friends at HarperCollins for recognizing the role independent bookstores play in their communities and for helping to make it easier for additional stores to be opened,’ said Oren Teicher, CEO of the ABA. “While our market has shown surprising strength these past few years, there remain many under-served communities all across the country and we hope programs like Harper’s will help fill the gaps.”

For additional information, stores should contact their HarperCollins Sales Rep or
newaccounts@harpercollins.com.