Alice in Wonderland up for Auction 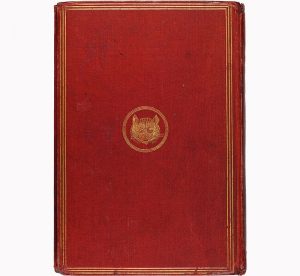 Christie’s Auction House has announced they will be auctioning a rare 1st edition of Lewis Carroll’s Alice’s Adventures in Wonderland. This copy was found in a ‘recalled Macmillan & Co. pressing of the book.”

‘This is a true first edition of Alice’s Adventures in Wonderland,’ says Francis Wahlgren, Christie’s International Director of Science & Books, of an original 1865 edition of theLewis Carroll fantasy that went on to become one of the most famous works in children’s literature. It will be offered in a stand-alone sale taking place at 12pm on 16 June, immediately following the Books & Manuscripts auction at Christie’s New York.

The auction will take place on June 16th at Christie’s New York. The 1st edition is expected to bring in the neighborhood of $2 – 3 million.