Tonight on Book Lights, host Debra Parmley chatted with surprise guest author Susan Boles! Thank you Susan for stepping in at the last minute when our scheduled guest couldn’t make it! 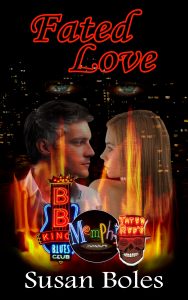 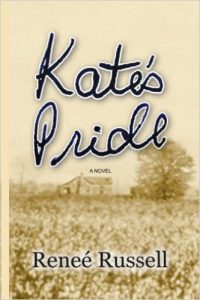 ” A powerful tale, vividly descriptive, about a strong woman confronted by difficult choices, and daunting repercussions.”Midwest Book Review
Fated Love:
“I could not put it down, especially when the trip to New Orleans happens. A whole new level of mystery gets added to the book and I just devoured this story.”  April’s Little Corner Book Review 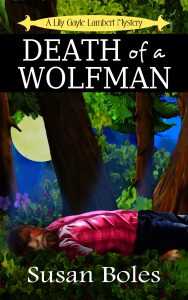 Here is a sneak peek at her newest cover. Join us on Book Lights August 23rd when we’ll be chatting about Death of a Wolfman and her new series.

Susan calls McNairy County, TN her home ground even though she has moved away. It was here, at Bethel Springs Junior High School that she began her writing career with two friends. They formed their own little writers group that was so secret they were the only ones who knew it existed. She still has some of the stories they wrote carefully preserved in a loose leaf binder and tucked away for safety.

She has worked in retail management, briefly for the Census Bureau and for many years in the investment/insurance industry in the regulatory compliance arena. All of which are left brain activities. So she exercises her right brain activity with reading and writing…just to keep both sides even.

Reading has been a passion since she was very young. As a toddler, her mother read to her from her ‘baby books’ and her Mother tells a story about her holding one of them upsidedown and ‘reading’ by repeating the story verbatim from memory.

Susan is a multi-genre hybrid author. Her first novel, Kate’s Pride, is a historical women’s fiction set in West Tennessee in the aftermath of the Civil War. The novel is loosely based on her own Great Grandmother and published under the pen name Renee Russell.

Fated Love, is a contemporary paranormal romantic suspense (with a twist of paranormal) set in Memphis, TN featuring a  May-December romance between Sarah Cameron and arson investigator Jake Riordan.

Susan has written the first novel in a cozy mystery series titled Death of a Wolfman featuring Lily Gayle Lambert, her best friend Dixie and her cousin Ben…who happens to be the county sheriff as they solve the mystery of a dead wolf man. Death of a Wolfman will be released in mid August. 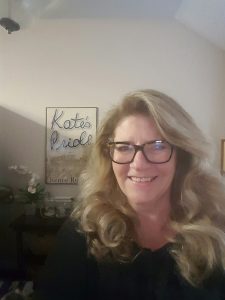 For more about Susan visit www.susanbolesauthor.com

and Debra Parmley the host of Book Lights www.debraparmley.com