Behind the Words: With Author Sam Cheever 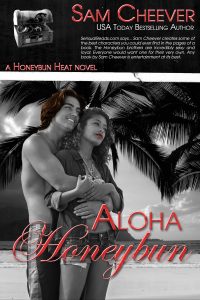 Welcome USA Today bestselling author Sam Cheever to this weeks Behind the Words.

Hi Sam, tell us a bit about yourself. Where you’re from, where you live? Do you have one of those day-jobs?

I’m thrilled to say that I haven’t had a day job in three years! I write full time. I currently live in beautiful Southern Indiana and I was born an Indiana girl. In between birth and today I’ve lived in Illinois, Michigan, Connecticut (2 times), New Hampshire and Minnesota. Several years ago I moved back to Indiana so I’d be closer to my mom as she got older.

Really since high school, but actively writing to publish since about 2005.

I start at 4:00 or 5:00 am and usually spend the first part of the day answering emails and working on setting up promotional events, doing administrative stuff and taking care of all the odds and ends of my day. Then, after lunch, I write for a few hours. I usually write between 1000 and 3000 words a day. In the evening I answer any emails that can’t wait and monitor my social networking sites. I work pretty much 7 days a week, 10 to 12 hours per day.

I just released Book 9 in my popular Honeybun Heat series. Aloha Honeybun is a romantic suspense based in the exotic rainforests of O’ahu, Hawaii. If you haven’t read any books in this series, you can grab your FREE copy of Book 1: A Honeybun and Coffee at one of the following etailers:

Entirely fictitious. As far as I know I haven’t based any of them on anybody I know. Though I’m sure each one is a conglomeration of personality and physical traits from real people I interact with. #:0)

Researching Hawaii to write Aloha Honeybun was fun. It’s a fascinating place with a rich cultural mix of current and past. The following are some interesting things I learned in my research:

That would be the heroine, Darma, in my upcoming release, Beset & Bewildered (August, 2016). The first 7 books in this series are based on her sister, Astra, a fun and naughty character who bumbles her way through her adventures. Darma is a great straight man for Astra, and a totally different kind of character. She has definitely grown and changed throughout the series and she’s ready for her own stories. But taking her completely out on her own has been a bit challenging. Though I’m happy with how it’s going so far!

Probably Astra Q. Phelps from my Bedeviled & Beyond series. Astra is a magical creature who’s snarky and suspicious and entertaining. She also has a sexy Royal Devil named Dialle wrapped around her little finger. A huge bonus!

I’m currently working on Book 2 of my Mystery Noir series, Smart Investigations, Inc. Street Smart is scheduled for a June 30, 2016 release. Something readers of my Honeybun Heat series might not know about my Smart books is that they are based on the series Edric Honeybun, the writer brother of the Honeybun clan, writes in the series. That’s why he’s listed as my co-author on the book!

For comedic application and timing my go-to author has always been Janet Evanovich. JD Robb taught me the power of great secondary characters. Kresley Cole got me hooked on dark paranormals with humor and heat. I learned to love M/M romance through the books of Josh Lanyon and L.B. Gregg because they write excellent stories and their characters are very approachable.

I speak dog. I really do! LOL I understand my little fur babies so well I can often tell by their posture, look or verbal cues what they need or want. I’m especially good at telling when they’re having a physical problem, which can sometimes be terrifying!

For a normal level of craziness I turn to a hot cup of strong coffee and maybe a little ice cream. For off the chart craziness I might need to break out an icy cold beer and some chips. #:0)

Okay, this is my Miss America moment…

Sam Cheever, how would you solve the world’s problems if you could?

I would change the world by encouraging everyone to be more like dogs. Dogs are loyal to a fault, loving and forgiving. They don’t care how you look or if you’re weird. They only want to be with you. No judging, no drama, no hidden agendas, no grudges. Life would be so much better if we were all that way. Of course we might want to expunge the whole butt sniffing thing. That might not go over too well with a lot of people. LOL

In a battle between evil and Honeybun, tall red and sexy will always win.

Alfric and Pleasance are getting married on the romantic and beautiful island of O’ahu! Or are they? Violence in the rainforest has a way of upsetting even the best laid plans. And when that violence comes a little too close to home…the brothers might need to exchange their lei for a slightly more deadly form of body ornament. Invasion, war and centuries of the best and worst nature can hand them…Hawaii’s overcome it all. But the people of the beautiful islands have never experienced the Honeybuns. That’s a whole new kind of natural event!

About the Author
USA Today Bestselling Author Sam Cheever writes romantic paranormal/fantasy and mystery/suspense, creating stories that celebrate the joy of love in all its forms. Known for writing great characters, snappy dialogue, and unique and exhilarating stories, Sam is the award-winning author of 50+ books and has been writing for over a decade under several noms de plume.

Get a free copy of my Honeybun Fever Romantic Suspense Box Set just for signing up for my newsletter! http://www.samcheever.com/newsletter.html