Behind the Words: With Madison Sevier 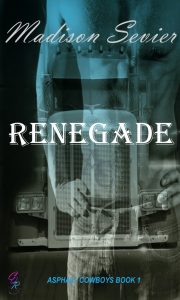 Behind the Words welcomes Madison Sevier this week.

Welcome Madison, so please tell us a bit about yourself. Where you’re from, where you live? Do you have one of those day-jobs?

Howdy and thanks for having me over. I’m that author who lives on coffee, inappropriate thoughts and sass. I write romance… (most of it is on the erotic side) and I’ve also ventured into action/adventure/suspense. I’m also what I like to call a  Kentuckiana transplant. We moved here a little over six years ago and have loved it from the moment we saw it. My day job is being a homeschool mom. Add in that I handle everything house related while my husband is on the road, tackle the bookkeeping for our family business, have two Chihuahuas,  a Saint Bernard and two cats and you’ll see why I need to live on coffee. It might sound like a lot, but I wouldn’t trade my life for anything in the world.

I’ve been writing ever since I was old enough to pick up a pencil. When i was around eight years old, my grandfather gave me a typewriter and I loved creating stories. However, that dream wasn’t nurtured and it fell to the wayside. When I began reviewing books in 2010, I found myself longing to go back to that dream of writing my own books. And I was terrified that I’d fail. My husband and daughter encouraged (forcefully nudged ) me to go after what I wanted. “No regrets.” That’s what they said. And here I am.

During the school year, my days are filled with all things school until around two or three in the afternoon. After that, I’m free to tackle some promoting and a social media interaction. My writing is something I love to do mostly at night. I might jot things down throughout the day, but I always take those notes or scenes from my notebooks  ( I’m still old school) and then tighten them up on the computer. Every story I’ve written in the past six years has its own collection of notebooks that I keep in a safe place.

My newest book is the first of my newest series. Renegade, Asphalt Cowboys book 1 released in April of this year. Being the wife of a trucker for seventeen years and being a daughter of a trucker, I’d grown tired of the typical stereotypes people attribute to truckers. I’d seen very few books about them and what I’d seen didn’t really sit right with me. Some people look at truckers and turn their noses up, acting as though all of the men and women who deliver everything we need, want and use…are beneath them. To me, and now I know, to many others…truckers are heroes. Our everyday heroes. So, I gave life to Mason ‘Renegade ‘ Kaine at the end of last July. I made him realistic, hard working, dependable and oh so sexy!  Mason is a man who never needed anyone…until he met Savannah Somers. Both of their lives changed in an instant. Take a beautiful, sassy, smart woman who’s very independent and toss a hot hero into the middle of her chaotic life. Watch the sparks fly! In July, Asphalt Cowboys book 2 will introduce you to another of Mason’s friends. He’s a born loser, but when life knocks him down, he always gets back up. However,  the woman he’s loved forever sets his heart ablaze even though he knows she’ll never give him a chance. She might be the one thing that leaves him with nothing more than the smoldering ashes of what might’ve been.

Are your characters entirely fictitious or have you borrowed from real world people you know? Completely fictitious. (Watch out for the lightning.)

The copious amounts of coffee. That’s my story and I’m sticking to it.

Savannah loves to bake. In fact, the next books in the Asphalt Cowboys series will mention that and have maybe a surprise or two for readers to enjoy.

I’d have to say the book I’m working on now. These two people have been flat out brats to work with. Asphalt Cowboys book 2 has been very, very slow coming. Mainly because I’m a panster but I love to “try” to plot it all out. These two characters either argue with me or give me the silent treatment. So high maintenance.

I’d love to be Scarlet Noir from my River Jewel Resort Series. She’s a witch/psychic who makes dreams and fantasies a reality for anyone who stays at her hotel. I’d love to be able to do what she does. Making people happy…that’s a great feeling.

Asphalt Cowboys 2 and 3. Also a novella for Paige Tyler’s upcoming Kindle World launch in October. I’m so excited about the Asphalt Cowboys and this new adventure with Paige Tyler. Honestly, I’m so honored to have been asked by her to be a part of it and I can’t wait to read all of the books in her world.

Very true. I don’t think any have influenced how I write. Honestly, I refuse to open a book (unless it’s written by a close friend) when I’m writing. I wouldn’t want their story to somehow influence my words. However, after I finish a book, I search my shelves for whatever I’m in the mood for. I’ve got some great reads to catch up on by authors such as: Wendi Zwaduk, Jocie McKade, Tammy Smith and Paige Tyler. My TBR is literally a mile long.

Ohhh, good question. Growing up, I’d always wanted to meet V.C. Andrews, but now, I’d love to grab about ten of my favorite authors and have one huge get together.  Those mentioned above and I’d add Dakota Cassidy, Cheryl Dragon, Gracen Miller, Jenika Snow, Erika Reed and Sam Crescent.

I’m sure they all know that my only talent is keeping myself alive despite my…klutz-ability. But seriously, I don’t think I have a talent that would surprise them. I’m not particularly athletic and no one would want me to sing. Believe me.

Well, we all know that I live on coffee and ice water. But, my favorite comfort food would have to be a nice, grilled by my hubby, medium rare steak, baked potato with butter and steamed broccoli. And when I’m feeling under the weather, I absolutely need hot and sour soup from my favorite Chinese restaurant.

What is the one question you never get asked at interviews, but wish you did? Ask and answer it. Hmm…I’ve never been asked “Why do so many of your books have an underlying meaning or theme in a community that’s driven by outrageous and fantastic fiction?” Answer: Because I like rewriting reality and giving it a kick in the pants. We all need something to believe in and I’ll most likely never hit the big best seller lists, but I believe in giving people real, sexy romances in which they can picture themselves being part of the story as it unfolds. If that helps someone have a great day, that’s all I can hope for.

Again, thanks so much for letting me stop by.

Thanks so much for stopping by and sharing your writing world with our readers.

You can purchase Renegade at Amazon and make sure you follow Madison online.