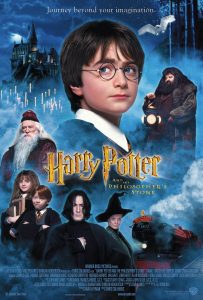 Harry Potter and the Philosopher’s Stone hit the shelves back in 1997 (The Harry Potter series just turned thirty) and one of the early copies was released with a typo. If you happen to be one of those readers holding this copy it could be worth $22,000 – $25,000 (US).

There were 500 copies sold before the error was noticed and is only found in the hardback edition of the book. The error can be found on page 53 — “1 wand” is repeated twice in Harry’s list of Hogwarts school supplies.

A mint condition first edition with the error is being sold at auction through Bonhams Fine Books and Manuscripts Sale on November 9th.

Bonhams’ Head of Books and Manuscripts Matthew Haley said in a statement: “As the first book in the series, Harry Potter and the Philosopher’s Stone has a special place in the affections of the millions of readers across the world and the proof reading error about the wand in the first edition has, of course, become a treasured piece of Harry Potter arcana. Like most enduring books aimed at younger readers, the Harry Potter books also have wide appeal to adults and there is a strong market among collectors for first editions. This copy is in excellent condition — one of the very best I’ve seen — and we’re expecting a lot of interest.”