BookTubeTV sent out an email today in which it announces that all of it’s properties have been shut down with this email being the last.  We’ve reached out to them to ask questions, but so far we’ve not been able to find a functioning email.

The frustration from the group is evident in the wording of the email were it’s obvious they felt publishers were enthusiastic about their platform, but failed to financially support it. 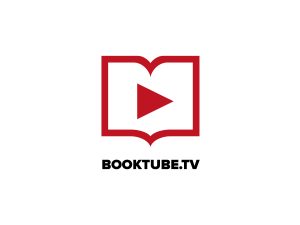 It is with a sad heart that we have reluctantly decided to cease production of BookTube. Although enthusiastically met by the world of publishing, the project wasn’t financially supported by the industry and it is our conclusion that publishing neither wants nor needs TV and Internet exposure through BookTube at this point. The sad thing was that the show had secured a TV channel and regular broadcasting slots, we had meetings with every major publisher and some enthusiastic independents and even though this was very much a budget entry level for all concerned, the publishing industry and companies could not go that extra mile to invest in the programme. We invested thousands of pounds into this venture but to receive such a poor response has been disappointing. We have had to look at the realistic options open to us to bring a dynamic and diverse book programme to TV and the Internet in the UK and have decided that without any forthcoming investment that the only option left was to end the project.

Many thanks to all of those who met with BookTube to discuss this venture.

Hopefully, some day in the near future a book programme will appear that will stimulate readers to act as a curation device to inform them of some great books they may otherwise never have known about.

We have closed our email, website and social media with sadness.

BookTubeTV isn’t the first endeavor to meet with praise and enthusiasm from the industry and readers just to find that the financial support isn’t there.  RedRoom.com and Gather have also met with similar fates. 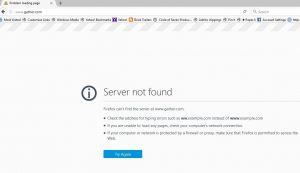 There are new endeavors to create communities and sites that reach out to readers all the time.  There’s often much enthusiasm in the beginning and soon those sites become ghosts.  Is it a sign of the times? Are there just not enough readers? Not enough publishers with interest? Or budget to support these endeavors? Or perhaps those creating these companies have unreal expectations?
Sites such as JacketFlap, Shelf Awareness and even our own Reader’s Entertainment have stood the test of time with more than a decade of success.  So why not BookTubeTv?  And what about new sites such as Litsy and others popping up as fast as the next James Patterson release?  What determines which will success and which will fail?  Many sites do well because they have a solid staff, way to build outreach and multiple avenues of income not entirely dependent on the publishers.  But, what exactly the answer is could be as easy to answer as “What marketing works to sell books?”

PUBLISHERS HAVE THEIR OWN OUTREACH

Many reader sites are successful because the publishing house created it.  Readers don’t always know it’s ran by a publisher, or perhaps the publisher is very clear on who runs it. TOR has a very successful outreach to readers with it’s sites and newsletters.  As does most publishers.  So what would make then stray into new territories and spend their budgets on sites they don’t control?  The site would have to offer something unique, something they don’t already have, or outreach so vast it can’t be ignored. And there are sites who have succeeded in that, such as GoodReads which was eventually bought up by Amazon.
To build such sites companies need to have something proprietary, something new and complicated to replicate, a built in audience, special resources or connections and/or a lot of money to keep going until publishers see value in the site/company.
At the end of the day we understand the frustration of meeting with enthusiasm just to find the support isn’t what was expected.  But, the responsibility to understand the industry and how it works does fall on the company hoping to get support from publishers.  The industry is always enthusiastic about anything that encourages people to read and buy books. Of course it would be. But, don’t equate that with them offering financial support unless you have a contract with them.
We, meaning those of us on the fringes of the industry, those of us who do outreach to readers without direct support from the industry, hope to see a successful model emerge.  We’d love to find something that encourages publishers to invest in new ideas.  The more readers there are, the more we all stand to succeed.  It’s sad when a company such as BookTubeTV closes their doors after offing so much to readers, getting them excited and expanding out into television.  No one wants to see that happen.  Why it happens isn’t always easy to identify.  We wish those from BookTubeTV the best and hope one day to see them return stronger than ever. 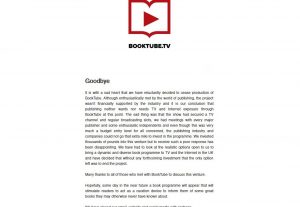 Some votes are still being counted! Of course, we mean for the Goodreads Choice Awards! You can still cast your vote for "Best Books of...
Read more

Goodreads is a popular reader destination site that launched in December of 2006 (though many sites credit the founded year as 2007) by Otis...
Read more