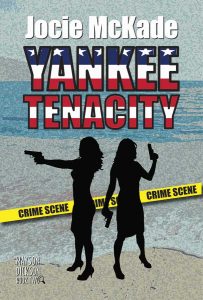 Following the latest cryptic message that might lead them to the truth about their parents, Emme Mayson and Jackie Dickson are pulled into another murder investigation when a man dressed in a kilt falls from the sky onto their truck.

As if a dead body isn’t enough, FBI Special Agent Chris Meechum and sexy caretaker Sam Fender try to rein in their sleuthing, but the sisters are determined to solve this murder. Men in kilts, Renaissance Faires, and a few mobsters in all the wrong places complicate the case.

Emme Mayson is a Southern charmer from Alabama. Jackie Dickson is a straight-forward professional from Boston, they aren’t exactly a match made in heaven. The only thing keeping them from starting another war between the states is the mystery surrounding their parents, and their own lives.

Jackie Dickson glanced behind her at the long truck bed. “Why would you buy a pisser like this?”

“Don’t you be calling my pickup a pisser. That is just not nice.” Emme patted the dashboard. “I like Cleo, and I’ve missed having my truck.”

“Cleo? You realize this is a machine, right? Nuts, bolts, an engine, nothing more.” Just when she thought her “maybe” twin sister, that was still to be determined, was going to be tolerable to live with, she goes all Alabama redneck.

“At least, it’s more practical than that little skateboard you bought.” Emme snarled at her.

“Skateboard? That blue beauty is a Z4 BMW roadster that tops out at a 165 MPH.” Patting the dashboard of the truck sarcastically, she moaned. “What does this tank do? A slow crawl through Dixie?”

“It ain’t all about the speed. Cleo can pull a boat, haul anything you want, lets me see over traffic, and as a bonus, I can run right over your puny little Beamer.” She smiled.

Such was life with Ellie May Clampett. Jackie wondered what karmic debt she owed to have been sent here. It must have been a whopper.

“Did you put those coordinates into the GPS?”

“No, I’m just riding shotgun, while throwing biscuits to Jethro in the back.”

Emme swerved a bit to the right, driving through the center of a huge pothole. The sudden impact jolted Jackie off her seat, crunching her elbow against the door. Then a loud thud hammered the back of the truck sending a shudder through the metal. The truck swerved, and Emme fought the wheel.

“Being a smart ass is one thing, trying to kill me is another.” Jackie snapped.

“It wasn’t me,” Emme pulled the steering wheel hard. “I think we blew a tire.” Easing the truck onto the side of the road, she pushed the four-way lights on and slid out. Tilting her head to one side, she looked at the tires, gave a shrug, started to walk to the back and stopped dead in her tracks.

Emme’s hazel eyes grew large, the color drained from her tanned face and every part of her body was frozen into place.

This was one of those moments when Jackie had to decide if she really wanted to look behind her or not. They probably ran over some poor woodland animal. Those beasts were all over the place down here in the south. It’s remains were probably scrambled over the side of the truck, and this miserable humidity would make it start stinking.

Emme stood on tip-toes, tilted her head to one side, and crooked her finger motioning Jackie to get out. Damn, there was no way of getting out of seeing what carnage was underneath the truck. Shoving open the door, she stepped onto the gravel shoulder, turning.

They walked toward the bed of the truck where booted feet hung over the side. The edge of the truck’s bed was now a funky ‘U’ shape, the feet were perched at odd angles, and the branches of several pine trees nearly covered the rest of the body. At least, Jackie hoped there was a rest of the body.

“No. Hell no. Not another dead body. Seriously? Who the hell did we piss off so bad?” Jackie shook her head. Three dead bodies in a matter of weeks wasn’t normal. Normal? Ha! It was downright screwed up.

“Eww, eww,” Emme peered into the truck bed first. “That is nasty.” Walking to the back, she stepped up on the bumper.

“What are you doing?” If she thought it was nasty why was she getting an even better look?

“Huh, will you look at this.” Two cars sped past, their breeze making Emme hang onto the tailgate. “What do y’all think this is a NASCAR race?” She shouted after them.

Jackie hesitated. They’d seen enough mangled bodies recently to last a lifetime. Just a few weeks ago, they hadn’t known each other existed. Jackie was a happy executive with a pharmaceutical company in Boston, and Emme was an architect working in Alabama. Then they both received a cryptic letter to come to Washington, D.C.

Since then a man was assassinated in front of them, they’d been shot at, moved to a ‘safe’ house by some agency – they didn’t know which one – told their recently deceased parents were spies, and decided to open a private investigation office as a way of hiding their search for the truth about their parents. That was all it was supposed to be a PI agency that acted as a good cover story in their search. PI credentials opened doors.

Then they solved a high profile murder after a dead body slammed into them. That gave them a good paycheck, let them help the local cops put a murderer behind bars and put them square in the PI business. They had managed to keep their names out of the paper, barely. Publicity wasn’t a good thing for people in a jacked-up witness protection program.

Standing on the bumper beside Emme she looked at the surprisingly intact body. It was a man in his mid to late thirties, Caucasian, brown hair tied in a ponytail, and dressed in, wait, what? A Scottish kilt.

“What the hell?” They exchanged glances. Jackie took one of the pine branches and lifted the kilt.

“What are you doing?”

“I’m checking to see if he was a real Scotsman.” She dropped the branch.

“And you think looking at his junk is going to tell you? That is just rude.” Emme jumped down just as a convertible sports car stopped.

“Hey, sweet thing do you need some help?” The driver’s bald head glistened in the sun, his neon blue mesh tank top had been blown to an odd angle off one shoulder, and he was in serious need of a shave. He gave the engine a few revs.

“We sure do, honey.” Emme pointed to the truck. “We could use some help dumping this dead body.” The man the floored the convertible for all it was worth.

Did her sister really just tell that man there was a dead body in their truck? Yes, dammit she did.

“You know that man is calling the cops right now.”

“My call will trump his.” Emme smiled. “I have Agent Meechum’s private number.”

Yankee Tenacity is available for pre-order at
Amazon 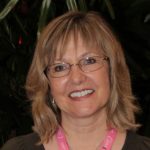 Jocie McKade is an award winning, Amazon bestselling author of twelve books and novellas. She writes romantic comedies, and humorous cozy mysteries, and has been accused of making readers laugh out loud at inappropriate moments.

Besides writing fun fiction, Jocie pens articles for national publications. The senior news editor for a reader’s news blog, she is part of an award winning production team where she writes video scripts, press releases, and blog posts.

When not writing, she is plotting military maneuvers against hostile dust bunnies.

Join Jocie online at:
Be sure to sign up for Jocie’s newsletter for info on upcoming releases, giveaways, and book news: http://www.jociemckade.com/contact–newsletter.html