Behind The Words: Author Brittany Riley 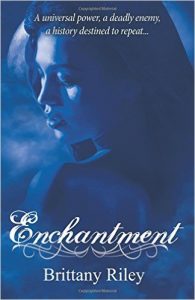 Today, Behind the Words welcomes Brittany Riley. She is a debut author from Australia. Welcome Brittany, tell us a bit about yourself. Where you’re from, where you live? Do you have one of those day-jobs?

I’m a small-town country girl from New South Wales, Australia. My family has lived in my hometown for three generations and it’s also the birthplace of supermodel Miranda Kerr. I haven’t had a long work history because I’m only twenty-two, but I’ve spent the last few years as an administration assistant and pizza delivery girl. I’m still pizza delivering at the moment while I chase my dreams!

In terms of published writing, I’ve only been involved with it for around twelve months, but writing itself, I’ve done it my entire life. It is my art form and my one true creative expression. In addition to my first book, I’ve written short stories, plays for school and the occasional lyric. I always had trouble in high school English sticking to word limits.

My most favourite writing locations are cafes. I’ll sit down, whip out my notepad with a frothy cappuccino next to me and write to my heart’s content. Cafes have a casual yet business-like atmosphere to them. They’re also a great platform to ‘people watch.’ I believe writers are ultra-sensitive and aware of their surroundings. I often find inspiration in people’s mundane patterns. If I need more serious inspiration, my local lookouts always provide some much-needed perspective. If I’m writing casually, I listen to Two Steps From Hell or Denmark + Winter to aid the flow of my pen. Their melodic representations always give me a thrill and ability to visualise my story more intensely. But if I have a non-negotiable writing goal in mind, I need dead silence and no disruption. I often find solstice at my local town library. Being surrounded by literature is calming for me.

Enchantment is the first book in a series of five. It tells the story of nineteen-year-old Elise Dawson, the immortal lightbearer faerie who has a dark secret her parents have hidden from her since birth. Set in modern day England, Enchantment follows the journey of Elise as she discovers her true identity as the all-powerful water elemental and her struggle as she comes to terms with the fact her existence initiates war with their enemies, the banshees. The banshees are also faeries, but a screeching, soul-stealing version. Elise is forced to flee from London and hide in Menithwood, the birthplace of her lightbearer species, where she meets Christian Vanderbilt, a kind yet dangerous banshee whom Elise quickly falls for despite the consequences. The news of the water elemental being alive is spreading all around the world, and Elise is forced to defend her secret and her life.

My characters are mostly fictitious, but some of their personality traits are inspired by various people in my life. For example, a lot of Veronica (Elise’s mother)’s vocabulary was derived from various motherly figures in my life. Her protective stance in the prologue was how I imagined most mothers to be of their offspring if they were ever put in that predicament. In later books, the characters and their interactions are reflective of “characters” I have come across in my life.

One imperative detail I can share with readers is that Enchantment contains pivotal events that will be explained in the later books. Everything in the first book has a purpose and I can’t wait for readers to put the pieces together!

That’s a hard one! It’s difficult to pinpoint because my choice could define my chances of life or death. Vida is the only human in the story. If I was her character, I would be a lot safer and could watch all the action up-close. However, having Elise’s power would be incredible. And besides, what girl doesn’t want to be a dangerously powerful faerie? I would just have to be extra cautious so I wouldn’t attract the unwanted attention of banshee enemies.

I’m working on the second book in the series at the moment. My first priority is to write and publish the remaining four books. After that, I have ideas circulating for “spin-off” stories from other characters’ perspectives which I’m really excited about! In addition to all of this, I’m hoping to attract attention from Hollywood production companies for a possible TV/film adaption of my books, so stay tuned! Since the release of Enchantment, I’ve suddenly become very busy, but I love every second of it. I wouldn’t have it any other way.

I really look up to Becca Fitzpatrick (Hush, Hush series), Cassandra Clare (Shadowhunters) and Veronica Roth (Divergent trilogy.) They have an incredible talent for world-building and submerging readers in their contemporary young adult fantasy/sci-fi books. I can only hope to reach the literary heights they have!

I’d have dinner with Shakespeare. He’s arguably the most studied and loved writer of all time. We’d sit down, I’d have a recorder at the ready and say, “William, please tell me your entire life story and give a detailed explanation on each of your works and why you wrote them.” I’d have to have multiple terabytes of recording space.

I don’t have many other talents worth mentioning. I have an atrocious mathematical ability, but ironically, I’m quite good at remembering number sequences.

I can’t function unless I have coffee! Plus, a piece of caramel meringue slice from my local “Palette Café” is always the perfect accompaniment to aid my writing. I have a bite of slice followed by a sip of coffee every time I need to think about what to write next!

How do you develop a book’s storyline?

I generally write a sequential storyline in dot point form. Some of the dot points have expanded explanations and others I just remember what I want to write. Sometimes I go off the guidelines I’ve set myself and do something completely different. Most of the time it turns out even better, but it always helps to have those notes there just in case!

If I get a sudden idea for where to take my story or a brilliant character quote, I need to write it down as soon as possible. I only upset myself when I can’t remember something I thought of. If I’m stuck in a story rut, I’ll often think of solutions when driving, showering or daydreaming. It’s those brief moments of inspiration that are precious and indeed imperative in shaping my stories.

Thank you so much for joining us today Brittany.

Readers, you can learn more about Brittany and her books at:
Webpage

To raise awareness about the proliferating book banning and educational gag orders in American schools nationwide, and to raise money to support PEN America’s... 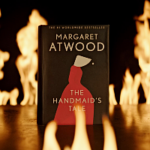 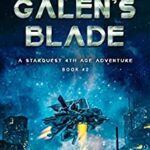 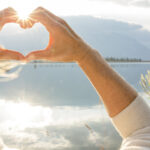