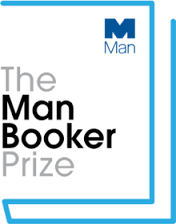 2016 Chair of judges, Dr. Amanda Foreman, announced the names at a press conference at the offices of sponsor Man Group.

The judges remarked on the role of the novel in exploring culture and in tackling unfamiliar and challenging subjects, and on the shortlisted authors’ willingness to play with language and form. The shortlist features a variety of voices, from new names to award winners. The books cover a diverse range of subjects, from murder in 19th century Scotland to classical music in Revolutionary China.

In the third year that the prize has been open to writers of any nationality, the shortlist is an even split between two British, two US and two Canadian writers. Three novels from Penguin Random House are shortlisted alongside three from small, independent publishers.

All That Man Is (Jonathan Cape)

Do Not Say We Have Nothing (Granta Books)

‘The Man Booker Prize subjects novels to a level of scrutiny that few books can survive. In re-reading our incredibly diverse and challenging longlist, it was both agonizing and exhilarating to be confronted by the sheer power of the writing. As a group we were excited by the willingness of so many authors to take risks with language and form. The final six reflect the centrality of the novel in modern culture – in its ability to champion the unconventional, to explore the unfamiliar, and to tackle difficult subjects.’

Daniel Milstein's 17 Cents & a Dream is a harrowing story about how his mother, father and brother escaped the oppressive government of the...
Read more