The Very Hungry Caterpillar to Be eBook 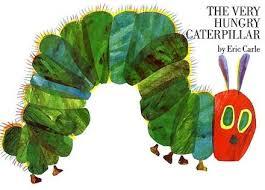 One of the world’s most popular and loved children’s books, The Very Hungry Caterpillar is on schedule to be released as an eBook. Originally published in 1969, the book is the story of a caterpillar’s transformation into a butterfly. Publisher Penguin Young Readers will digitally publish the Eric Carle book which will be released on November 22, just in time for holiday giving.

“I still consider myself a beginner at learning how to use the computer – but I can see how technology and the development of apps, e-books and computers are a part of the evolution of our world. It has been this way since the very beginning. Cave men once wrote stories in pictures on stone; later the book was invented and so on and so forth. So change is inevitable. And I am very pleased and honored that my work is being enjoyed in different formats by so many readers around the world.” Author Eric Carle said in a statement.