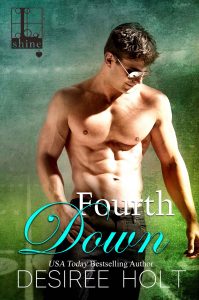 FOURTH DOWN by Desiree Holt

When her relationship goes up in flames, Holly Funchess jumps straight back into the heat—by becoming a firefighter. Running as far away from her past as she can, Holly trains hard and lands a job with a small San Diego firehouse. With everything to prove, she has no problem putting her love life on the back burner. But where there’s smoke…

A former football player with a string of failed relationships behind him, Chase DeMarco has put his all into his Coast Guard career and the youth football team he coaches. He’s not about to let anyone distract him—especially Holly, the woman at his gym who seems to relish getting under his skin. But when their skirmishes turn into full-contact workouts—and they face off against the dangers of their jobs—Chase and Holly must choose between letting the clock run down or playing to win…

YOU CAN PURCHASE FOURTH DOWN AT:
Kensington Books

I think series are number one on my reading list. Why? Because I get to follow the different characters, not only in their story but also as they interact with others. My love for series started more years ago than I want to admit, with a writer named Dell Shannon and I’ve been hooked ever since. And I’ve discovered as my writing career has progressed that series are my favorite things to write, also. But how do you create a series, right?

I usually start, as I do with everything I write, with one person, usually the hero or heroine. And so many times it’s because of someone I meet who strikes a note with me, like the waiter who served my birthday dinner (true story!). Or the guy I accidentally kicked at a bakery. And I play the What If game. What if he tripped in the idle of the street, fell down and broke his leg? Who would help him? Is there a sexy paramedic in the neighborhood?

Then I have to decide what kind of neighborhood he lives in: big city? small town? rural area? And what happens after she calls an ambulance for him? Is he a bitter person who hates her help? And why? Who are their friends? Family? Likes? Dislikes? A lot of times even the original premise changes as I flesh out the people who will populate the series.

Example: my football series, GAME ON. Originally I started out to write about a high school championship team eleven years later. As I planned out the stories (I’d say plotted but that’s a little too formal for me) I realized that a bunch of books where everyone is still playing football would get boring after the second book, so I changed up what they did with their lives. In doing so I got to learn what secrets my characters had and how their lives were affected.

As I wrote each book, my “bible” grew, adding characters and places. And every time I met someone interesting, I’d figure out a way to put them in the books. True fact: at least seventy five percent of my characters are based on real people.

Same goes for locations. I’m a very visual person, so if I can base the environment on places I’ve been it’s much easier to write. I’ve even used the house I lived in until recently as the home of either the hero or heroine. See it, visualize it, write about it.

Building the world is half the fun, as I add friends and family and strangers. Stores where they shop. Places where they eat. Trips they take.

So the next time you read lone of my books, you can be sure that  ninety percent of what you read is based on something in my life, as is the world it’s written in. 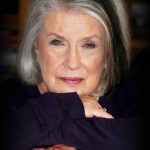 Readers Entertainmenthttp://dayagency.com
Previous articleInés Saint Shares a Sneak Peek and Some DIY Romance
Next articleCelia Ashley With a New Book and Travels Thru New England