Even with the beginnings of a cold, there was no way I was going to miss chatting with multimedia storyteller, Tom Libertiny, and Grammy Award Winner, and the most recorded drummer in the world, John “JR” Robinson. It was such a pleasure chatting with both about the wildly successful Steampunk trilogy, Null Paradox, its music, and of course the Interactive Rock Opera! Tom and co-author, Rachel Koontz’s latest novel, Victoria and Seth, will also be complete with its own sountrack. JR Robinson has the magic touch when it comes to hits, and has worked with legendary artists like Rufus and Chaka Khan, Quincy Jones, the late Michael Jackson, Barbra Streisand, Madonna, Daft Punk,and Pharrell…and believe me that is just the tip of the iceberg.  John “JR” Robinson’s motion picture credits are just as extensive as his hits and jingles. He now is the music producer of Null Paradox, and both Tom and JR are working as we speak in the studio on the next soundtrack. 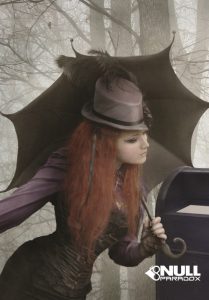 Book two in the Null Paradox Trilogy Victoria and Seth, continues where Gertrude and Grace left off, but also brings to the forefront the characters of Victoria and Seth–the closest of friends until one day, Victoria simply vanishes.

Click on the image above to listen to the Podcast of  Tom Libertiny and John “JR” Robinson’s show!

Great Steampunk and YA Fiction!