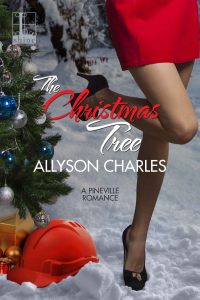 I love to travel, especially around Christmastime. The decorations, the different holiday customs and foods, they all combine to put me in a better frame of mind. But even if my trip isn’t during the holidays, one thing I always look for in a new town is a Christmas shop. Every tourist town has one open year-round, and even some non-tourist spots have them. It can be 100 degrees out, and you can still find me browsing ornaments, red-and-green decorations, and the Santa Claus figurines.

But the way I look at it, these stores aren’t just money-traps; they all tell a story. At The Christmas House in Akureyri, Iceland, I learned of the thirteen Christmas trolls, or Yule Lads, who are that country’s version of Santa Claus. They put rewards or punishments into children’s shoes, depending upon whether that child has been naughty or nice. They are the sons of Gryla, who would come down from the mountains at Christmas-time to search for misbehaving kids and make stew of them. The Yule Cat, the pet of Gryla and the Lads, also liked to eat children, but only ones who didn’t receive new clothes for Christmas. Yes, Iceland has rather a creepy take on Christmas, but I must admit the Yule Cat figurine my sister bought is quite cute.

In Helsinki, I discovered that Finnish Santas are, let’s just say, not very jolly. Not one smiling face in the bunch of carved wooden figurines that lined the store’s shelves. Maybe that’s because the Finnish Santa character, known as Joulupukki, traditionally was thought of as an evil man who would scare innocent children with his goat-like appearance.

I’m going to hazard a guess that because these countries only have a couple hours of sunlight during the winter, which can be really depressing, that has made their Christmas traditions dark. But have no fear, right along with McDonald’s restaurants we’ve been exporting our cheerier version of Santa around the world. The children in the northern latitudes no longer have to live in fear of being on the naughty list.

One of my favorite Christmas shops in America is in Pennsylvania. There, I found holiday postcards from the 1940s that had been turned into ornaments by punching two holes in one end and stringing ribbon between the holes. Rockwellesque drawings adorned one side, and hand-written notes were scrawled on the back. These were postcards that had actually been mailed to loved ones nearly one hundred years ago, and some of the messages were very touching. Not only did I buy some of these, but I included the idea of them in my romance novel THE CHRISTMAS TREE. My heroine and hero, Sadie and Colt, are sentenced to forty hours of community service decorating the town’s Christmas tree. They hang similar postcards on their tree, and the messages on the cards help Sadie realize what is truly important in her life.

Christmas is a magical time of year, which is why I loved writing THE CHRISTMAS TREE. And anytime I want to recapture that magic, I look for the Christmas shop in the towns I visit. They’re everywhere.

The Christmas Tree by Allyson Charles

Decorating With The Grinch

It was one little fender bender. Sadie was only in picturesque Pineville, Michigan, for a day, trying to handle the ramshackle house her grandmother left her and juggle the sale of her failing design business at the same time. Her debtors don’t care that it’s almost Christmas. But then neither does the big bad contractor whose truck got squashed.

Colt McCoy might be the least festive person she’s ever met. He’s gruff, rude, and way too upset about a minor accident. Of course, he is nice to look at, with dimples hiding in his scruffy beard and a body like a lumberjack’s. And Sadie will have plenty of time to enjoy the view, since their community service sentence has put the two of them in charge of Pineville’s jinxed Christmas tree.

But as their squabbles over ornaments turn to laughter, anyone can see Colt and Sadie have something electric. The hard part is guessing if they’ll light each other up—or just keep blowing the fuse . . .

You can purchase The Christmas Tree at:
http://www.kensingtonbooks.com/book.aspx/34004 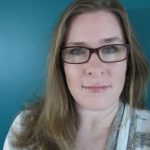 Allyson Charles lives in Northern California. She’s the author of the “Pineville Romance” series, small-town, contemporary romances published by Lyrical Press. A former attorney, she happily ditched those suits and now works in her pajamas writing about men’s briefs instead of legal briefs. When she’s not writing, she’s probably engaged in one of her favorite hobbies: napping, eating, or martial arts (That last one almost makes up for the first two, right?). One of Allyson’s greatest disappointments is living in a state that doesn’t have any Cracker Barrels in it.