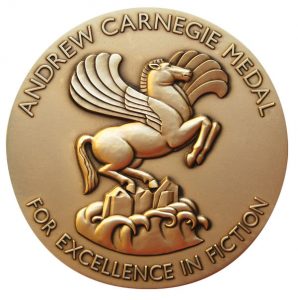 The American Library Association (ALA) announced six books shortlisted for the esteemed Andrew Carnegie Medals for Excellence in Fiction and Nonfiction, awarded for the previous year’s best fiction and nonfiction books written for adult readers and published in the United States. The two medal winners will be announced at the Reference and User Services Association’s Book and Media Awards event at ALA Midwinter Meeting & Exhibits in Atlanta, Georgia, on Sunday, January 22, 2017.

2017 Andrew Carnegie Medals for Excellence in Fiction and Nonfiction shortlist titles include:

The Carnegie Medal winner announcements will be made at the Midwinter Meeting & Exhibits, which now offers 24 hours of ALA book and media award excitement with the Book and Media Awards preceding the ALA Youth Media Award (YMA) announcements. Carnegie Medal winners will each receive $5,000, and the four finalists each receive $1,500. All the finalists will be honored during a celebratory event at ALA’s 2017 Annual Conference in Chicago.

The awards, established in 2012, recognize the best fiction and nonfiction books for adult readers published in the U.S. in the previous year and serve as a guide to help adults select quality reading material. They are the first single-book awards for adult books given by the American Library Association and reflect the expert judgment and insight of library professionals who work closely with adult readers.

The Medals are made possible, in part, by a grant from Carnegie Corporation of New York in recognition of Andrew Carnegie’s deep belief in the power of books and learning to change the world, and are co-sponsored by ALA’s Booklist and the Reference and User Services Association (RUSA).