LIBRARIES SURPASS ONE MILLION EBOOK AND AUDIOBOOK CHECKOUTS IN 2016 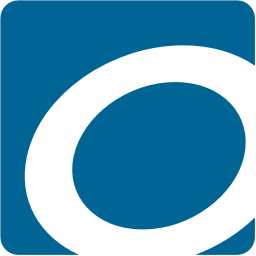 LIBRARIES SURPASS ONE MILLION EBOOK AND AUDIOBOOK CHECKOUTS  IN 2016

OverDrive, a provider of digital reading platforms for libraries and schools, just announced that libraries have reached a record number of digital checkouts in 2016. Here are details from their press release:

Librarians worldwide will be celebrating their record-breaking digital book checkouts at the American Library Association’s (ALA) MidWinter Conference in Atlanta. OverDrive announced today that 30 standalone public library systems and 19 library consortia in the U.S. and two other countries have set a new record for lending more than one million digital books in 2016. These 49 systems each achieved significant year over year circulation growth, and together surpassed the 32 systems that accomplished the feat in 2015.

See the complete list here, including five libraries above 3 million checkouts and seven libraries above 2 million. The following 17 circulated one million digital books for the first time in 2016:

Readers continue to discover the convenience of 24/7 access to their library through OverDrive. More library systems than ever exceeded one million checkouts in 2016 and countless others experienced massive growth percentages. Seven of the 49 libraries achieved greater than 30 percent growth over 2015.

The record-breaking libraries achieved their success in a variety of ways. “We increased checkout and holds limits early in the year and lowered holds ratios periodically to get more copies in circulation,” said Kady Ferris, Electronic Content Librarian from Multnomah County Library in Oregon. “We update curated collections on the OverDrive landing page frequently and featured a local author each month.” Multnomah County Library is new to the “Million Checkout Club” and experienced 38 percent year-over-year growth.

Another first-time Million Checkout Library, Harris County Public Library (HCPL) in Texas, created a campaign specifically to reach one million checkouts and, as a result, enjoyed 34 percent growth in 2016. Michael Saperstein, Branch Manager of Jacinto City Branch Library, who helped create the Project Mill-E program at HCPL, stated, “Part of the success was from getting management and staff excited about eBooks. It helped create a united front the staff could work towards.”

To view the full list of 49 libraries who circulated 3 million, 2 million and 1 million eBooks, audiobooks and streaming video to their readers, visit the OverDrive Blog.

Each of these libraries consistently produces large numbers for lending digital books by engaging more readers and connecting them with their next great read with curated lists and personalized recommendations. For ideas to help libraries create reading happiness and meet the growing requests for digital content in popular formats, visit OverDrive in booth 910 at the ALA Midwinter Meeting in Atlanta, January 20-24.