Behind The Words: Author Abigail Keam 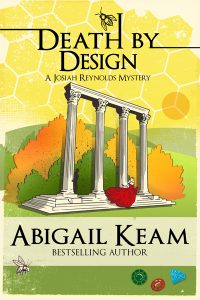 Behind The Words: Author Abigail Keam

Welcome, tell us a bit about yourself. Where you’re from, where you live? Do you have one of those day-jobs?
I’m a born and bred Kentuckian.  I live in a metal house on the Palisades (cliffs) of the Kentucky River.  My readers have been very good to me.  They have enabled me to make my living as a writer.

How long have you been writing?
Since childhood.  My first story, written in the fourth grade, was Bobby Bobo Got Baptized In The Big Bone Baptist Church.  I  revised this short story several years ago, and wrote it as a semi-autobiographical piece from an adult perspective.  I plan to continue writing about this family until I flesh out their entire history.

Briefly describe your writing day.
I get up at 4am and write until 7am.  Then I go back to bed.  I need absolute quiet.  If the phone rings, I’m done for that writing session since I’m out of the zone.  I spend the afternoon tending to the business of a writing career – marketing, promotion, general business.  Then I have a writing session in the evening after dinner.  Then back to bed.

Tell us about your latest release, Death By Design?
It centers around a couture exhibit where a thief tries to ferret out a hidden cache of precious gems.  It was lots of fun to write, plus I created a Pinterest world to accompany it.   goo.gl/d9KWrt   I think it was one of Josiah Reynolds’, my protagonist’s, sassiest books.  I love writing about her and intertwining the history of Kentucky in my books.  P.S.  Most of the sites, used in the Josiah Reynolds Mysteries, are real places.  Only very few are fictional.

Are your characters entirely fictitious or have you borrowed from real world people you know?
I am a notorious snoop.  I eavesdrop on conversations in restaurants, the gym, grocery stores–anywhere there are people.  I do use people I know as characters.  It’s funny how they never recognize themselves, which is good.  Josiah, however, was born in a dream.

Would you share one detail from your current release with readers that they might not find in the book?
The columns on the cover of Death By Design are real columns from an old antebellum home on a horse farm which burned down.  They are the only thing that survived the fire.  The area is currently used as a Thoroughbred equine graveyard.

Who has been the most difficult character for you to write? (Any of your books)
Dorak in my Princess Maura Tales.  He is my anti-hero.  The problem is he’s supposed to be evil, but I needed to make him sympathetic to the reader.  Perhaps a bad boy in need of love.  Of course, doesn’t every woman think she can change a bad boy?

If you could be one of your characters for a day which character would it be? Why?
Josiah Reynolds.  She’s everything I aspire (aspire is the correct word here)  to be – sassy, self-reliant, smart, funny, fearless, she lives in a great house, has fabulous friends, and solves mysteries.

What’s next?
Death By Malice, the tenth Josiah Reynolds Mystery, will be out in March, 2017.  Currently I am finishing Wall Of Victory, the fifth and final book in my epic fantasy series, The Princess Maura Tales.

All writers are readers. Are there any particular authors that have influenced how you write and, if so, how have they influenced you?
I enjoy all genres – but I will say Willa Cather, James M. Cain, Anne Rice, Eudora Welty, Raymond Feist, Harper Lee to name a few.  When I first read Interview With The Vampire, the hair on the back of my neck stood up.  I knew I was reading a new classic that people would be reading for years to come.  There are many well written books on the New York Times list, but how many of them will be read ten years from now?  Besides wanting people to enjoy one’s work, a writer wants to endure.  It is the hope of every author to write such a book.  That’s what I strive for..

If you could have dinner with any writer living or dead, who would it be and why?
I think Mark Twain.  I would expect lively and interesting dinner conversation.  I think most writers are introverts.  I don’t think that was Mr. Twain’s issue.  One of us has to keep the “talk” going.

If you could ask your favorite author a question what would it be?
I would ask my favorite living author – How do I get my book made into a movie?  Think I’m kidding! No-not really.

I would ask my favorite deceased author – How in the world did you do rewrites without a computer or an assistant? Inquiring minds want to know.

Do you have a secret talent readers would be surprised by?
I was a professional beekeeper for many years and won awards.  I am also a master soap maker, making my own soap for twenty years.

Your favorite go to drink or food when the world goes crazy!
Chocolate ice-cream.  I’m a woman–need you ask.

What is the one question you never get asked at interviews, but wish you did? Ask and answer it.
Are you happy with your writing?  The one thing this new technology allows is for a writer to rewrite, re-edit, redo their former work.  A writer has to have time to develop.  Hemingway didn’t start off being “Hemingway.”  He had to learn his craft.  And the writer has to have confidence.  I see so many nasty reviews of writers’ work, especially young writers.  Be helpful-not harmful in a review.  Help writers develop their skills.  As for me, as I am writing the last book of my Princess Maura series, I am going back and re-editing the rest of the books in that series.  What a wonderful opportunity for me to make changes that can heighten a reader’s experience.  That’s what I’m about – giving the reader a new world to explore.

Abigail, thank you so much for joining me today. For readers, here’s a Sneak Peek at DEATH BY DESIGN:

Josiah Reynolds could hardly believe she heard someone call out her name as she strolled down 75th Street in New York City.  With the promise of a free drink, Bunny Witt, of the Philadelphia Witts, steered Josiah into nearby Bemelmans Bar where she proceeded to unfold a tale about being stalked by a mysterious stranger.

It seems that Bunny’s apartments in London, New York, and Lexington, Kentucky have been broken into and carefully searched, yet nothing seems to have been taken.

Bunny claims she has no idea what this mystery person could want from her.  She is desperate for someone to help her find out who is tormenting her and why.  She has decided that someone should be our Josiah!

This chance encounter in the Big Apple leads Josiah into the world of haute couture, mysterious princes from India, precious gems, and . . . murder! 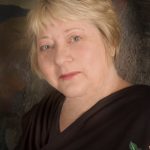 Abigail Keam is an award-winning author who writes the Josiah Reynolds Mystery series about a beekeeper turned sleuth. She also writes an Epic Fantasy series, the Princess Maura Saga, and the Last Chance For Love Romance series.

DEATH BY A HONEYBEE won the 2010 Gold Medal Award for Women’s Lit from Reader’s Favorite and was a Finalist of the USA BOOK NEWS-Best Books List of 2011.

DEATH BY DROWNING won the 2011 Gold Medal Award for Best Mystery Sleuth from Reader’s Favorite and also was placed on the USA BOOK NEWS-Best Books List of 2011 as a Finalist.

Ms. Keam is also an award-winning beekeeper who has won 16 honey awards at the Kentucky State Fair including the Barbara Horn Award, which is given to beekeepers who rate a perfect 100 in a honey competition.

She currently lives on the Kentucky River in a metal house with her husband and various critters. She still has honeybees.