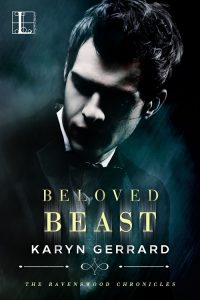 When researching WWII London for the setting of my book, Beloved Beast, (The Ravenswood Chronicles #2) I came across a Daily Mail on-line article from Dec 2008 called “The Bethnal Green Tube tragedy saw 173 people crushed to death – making it the war’s worst civilian disaster. But why was it censored from history?”

Fascinated, I read on. The article was an interview of eye-witnesses who were in their teens at the time. So why was this tragic home front incident hushed up?

First, a few facts on what happened on March 3rd, 1943: Bethnal Green Tube Station was still being built when the war broke out, so the government decided to halt construction and use it as an underground bomb shelter. Located in the East End of London, Bethnal Green could hold up to five thousand people.

The air raid siren sounded at 8:17 PM. Since the cinema and pubs emptied out along with two double-decker buses, a huge crowd descended on the tube station. The narrow stairs had poor lighting and no railings plus it had rained, so people were tracking in water. What happened next is still up for debate. Rockets sounded at 8:27 PM. People started shouting, “We are being bombed!” A great push forward ensued and people fell. The landing soon became a pile of bodies all the way to the street level.

From the Daily Mail article:  Adults fell helplessly on children. There were screams, then groans, then whimpers and then nothing. Piled ten deep, people just ran out of breath.

Down in the bowels of the station, around 1,000 people were bedding down as usual. None of them had a clue what was unfolding above.

But up at street level, three buses had just screeched to a halt, disgorging yet more people wanting shelter. Some found themselves treading on to a floor of human bodies.

The official magistrate’s report, which would not be made public for two years, describes it as follows: “The stairway was converted from a corridor to a charnel house in ten to 15 seconds.” Of the 173 dead, over 60 were children.

This tragic incident was kept secret for decades. But the battered East End during that time was a close-knit community. People knew. The government felt if this heartbreaking incident became public knowledge no one would use the tube stations for shelters and even more would die.

I knew I had to include this in Beloved Beast. I placed my hero and heroine right in the middle of this horrific event of WW II London. I’ve never written in this era and the research opened my eyes to what war-torn London had to endure, particularly the Eastenders.

Beloved Beast can be read as a stand-alone.

BELOVED BEAST
If a man can live forever . . .

A lifetime ago, the debauched Viscount Ravenswood lost his life, only to be revived as a new man with a new name . . . and a new desire for love. Now, scarred and monstrous of visage, Luke Madden has outlived his beloved wife. Crushed by loss and despair, he swears to never feel such a love again. For such a perfect mingling of souls could never happen twice in one lifetime. Especially for a beast such as Luke believes himself to be . . .

Gillian Browning is a bold woman of action. But her spy activities in pre-war Germany have made her a target. Now in London, she is being hunted by ruthless Nazi operatives. Luckily, a fellow spy knows someone who can protect her—Luke. Taking Gillian to his former home in the country, he reluctantly finds himself caring for her more than he thought possible, and to his surprise she reciprocates. But when a threat from Luke’s own past increases their peril, he must decide if he has the true strength to love—and trust—again . . .

You can purchase BELOVED BEAST at:
Kensington Books

Author Bio:
Karyn Gerrard lives in a small town in the western corner of Ontario, Canada. She whiles away her spare time writing and reading romance while drinking copious amounts of Earl Grey tea. A multi-published author with a few bestsellers under her belt, Karyn loves to write historical and contemporary romances. As long as she can avoid being hit by a runaway moose in her wilderness paradise she assumes everything is golden. She has been happily married for a long time to her own hero. His encouragement keeps her moving forward.
Author Links:
Website: http://www.karyngerrard.com/
Facebook: https://www.facebook.com/karyn.gerrard
Twitter: https://twitter.com/KarynGerrard