SNEAK PEEK: His Rip-Roarin’ Bride by Martha Hix and a Little History Behind the Book 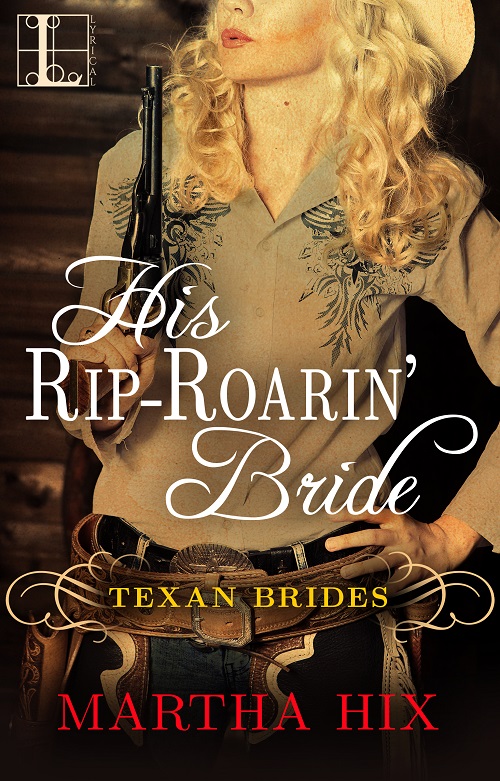 THE HISTORY BEHIND HIS RIP-ROARIN’ BRIDE
by Martha Hix

Hobbies? I’m often asked what I do to while my time away. Are you kidding? I’ve got a high-maintenance husband, vintage house, plus two Boston terriers that drag in grime by the paw-load. And then there are my descendants… Let’s talk kiddie toys—no, let’s don’t. I’m a full-time writer who’s always sold stories before writing them. But this isn’t Whine Hour. I’m good with it all. And I do have a flippin’ fine avocation. I’ve spent the entirety of my adult years mapping my family history.

I’m a Texan, Western European variety. My grandmother was a proud Daughter of the Republic of Texas. So what. What’s that got to do with writing Texas fiction?

When writing the #TexanBride series, I was a mess. I was recovering from being stood on my head for six hours and having half my innards yanked out. (Glad I was asleep.) When I got to HIS RIP-ROARIN’ BRIDE, I didn’t know what to write. I’d been cashing publisher checks for 30 years. You’d think I could come up with something. My first editor (Harlequin) had schooled me: shut up with the funny. Thus, when I sat down, I tried. And tried. Finally, Lisa-Ann Wilkins slapped me silly. I “let ‘er rip,” as we say in Texas…and I’m glad I did. Writing this story took on a new thrill for me. I threw out all my old ideas and wrote the story that I wanted to write.

What about the family history? That’s another angle. I’ve never written anything, not even my first contemporary, where I didn’t borrow from my collected family history. That mentioned granny? Her grandfather—a descendant of Charlemagne, an elitist medical doctor from Georgia—chose to spend his later years just up the road from Lubbock, the setting for Lisa-Ann’s early-20th-century story. I was able to draw on his experiences as a newbie on the Llano Estacado.

What am I saying? I doubt you watch TV without a green leaf tempting an exploration of your family tree. Have you tried TV’s Long Lost Family or Who Do You Think You Are? (I’m bragging, but I’m cousin to Courtney Cox and Neil Patrick Harris. I know they’d be thrilled.) What do you want to know about yourself?

If you undertake a genealogical study, you have to be ready for anything. Murder, mayhem. Bastardy. Someone robbed a train, then robbed Granny. There was horse-thievin.’ What’s the most awful thing your mama might’ve done?

If even a teensy, tiny, smidgen of a grin just crossed your lips, come on, honey, let’s go! Have that DNA test. But first talk to the oldsters in your family, get the scoop on what is known. If YOU are the oldster, WRITE the good stuff down. Go on. Do it. I dare you. You never know. You may want to write a book someday.

His Rip-Roarin’ Bride by Martha Hix

Packing a six-shooter, Lisa-Ann Wilkins roars into Lubbock, Texas, determined to take out the man who killed her best friend. But a shoot-out at the local saloon only lands the bold beauty in the custody of Sheriff Wes Alington—and the real trouble begins. When the handsome lawman gives her the choice to keep his house until she settles the debts her havoc caused, it’s an offer she can’t refuse, despite the simmering attraction between them…

Wes knows keeping Lisa-Ann close is only going to lead to a pack of problems. For how can he preserve her honor when all he wants to do is take her to his bed? Then there’s the little matter of her plan to murder a local man. But once Wes sees Lisa’s vulnerable side, he knows the feisty lawbreaker is fast on her way to stealing his heart…

“Filled with humor…and a wealth of love. Enjoy!” —RT Book Reviews on Magic and the Texan 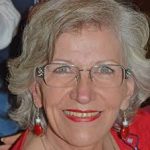 Martha Hix grew up in Texas and didn’t mind listening to stories about how her ancestors had been in the place for a long, long time. Well, in Texas that just meant more than a hundred years. This weird kid soaked up the stories and became an ardent student of family and general history, which came in handy when she took to writing both fiction and non-fiction. Eventually, her books were translated into many foreign languages, some of them very foreign, like Japanese, Greek, and Turkish. On the home front, she lives in the fabulous Texas Hill Country with her husband and their spoiled four-legged kids. Visit her on the web at marthahix.com or on Facebook as Martha HIX writer. She’s very proud to have won awards for her writing and to be a bestselling author. She says, “I hope no one mixed up the envelopes.”