The Ferris Wheel in Spy Thrillers by Michael Niemann 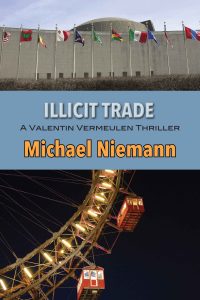 The Wiener Riesenrad was designed and built in 1897 by British engineers to commemorate the golden jubilee of emperor Franz Josef. And it is indeed of giant proportions, 212 feet tall. However, it wasn’t the tallest wheel in the world when it was built. The original Ferris wheel, designed by George Washington Gale Ferris, Jr. in 1893 for the Chicago World Columbian Exhibition, was 264 feet tall. Other giant wheels built in London and Paris around the same time were also taller. But those other Ferris wheels were all taken down with a couple of decades.

By 1920, the Wiener Riesenrad was the tallest wheel in the world. It held that position until 1985 when the 289 foot Technostar wheel was opened in Japan. Currently, the tallest wheel is the High Roller in Las Vegas which stands 550 tall more than twice the height of the Riesenrad.

No Ferris wheel has played a bigger a role in popular culture than the Wiener Riesenrad. It featured in three spy movies, The Third Man, Scorpio, The Living Daylights. Admittedly, it only served as background in Scorpio, and James Bond only used it for seduction, but the wheel’s feature role in spy thrillers is not an accident. 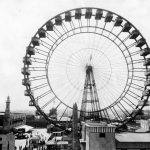 The Third Man takes place just a few years after World War II when Austria and Vienna were still divided into four sectors, occupied by Britain, France, the Soviet Union and the U.S.The film simply oozes mistrust between the supposed allies. Obviously there was plenty of spying going on then.

The agreement that ended the occupation stipulated that Austria had to remain neutral henceforth. No wonder that during the Cold War, Vienna became a hub of clandestine meetings, shady dealings and generally a playground for spies from all over the world. The reason Burt Lancaster’s character Cross chose Vienna, the reason James Bond went to Vienna all have to do with the unique status of the city.

Austria’s neutrality also made Vienna a perfect location to host one of the United Nations headquarters. And that brings me back to my book. My protagonist, Valentin Vermeulen, works for the UN and a case of fraud brings him to 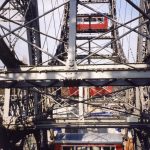 Vienna. Once I had him there, I remembered The Third Man and watched the movie again. The scene featuring Orson Welles and Joseph Cotton in the Riesenrad is one of the most gripping scenes in the movie.

I decided to pay homage to the film by setting one of my scenes in one of the cars of the Riesenrad. The nature of the confrontation is different, of course, but the gangster in the scene references The Third Man, a tribute to a great writer (Graham Greene) and a great actor (Orson Welles). And that’s why there is a Ferris Wheel on my book cover.

Two poor Kenyan men visiting the U.S. are found dead, one in jail, one on the street. Both used forged UN documents to enter the country. Valentin Vermeulen’s superiors have no interest in the plight of undocumented immigrants, but they want him to stop the fraud. The clues take Vermeulen from New York City to Newark, where he riles a woman known as “The Broker,” then to Vienna.

Earle Jackson, a small-time hustler and the last person to speak with one of the dead Kenyans, has taken the man’s passport and money. He also finds a note listing an address in Newark, where his efforts to cash in on the situation go awry. Fleeing for his life, Jackson flies to Nairobi using the dead man’s passport.

Vermeulen and Jackson have chanced upon a criminal network more extensive and vicious than either could have imagined. To survive, Vermeulen must do more than sever a few links. He must find the mastermind at the top.

Illicit Trade is available at your favorite bookstores: 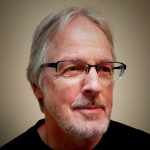 Michael Niemann grew up in a small town in Germany, ten kilometers from the Dutch border. Crossing that border often at a young age sparked in him a curiosity about the larger world. He studied political science at the Rheinische Friedrich-Wilhelms Universität in Bonn and international studies at the University of Denver. During his academic career he focused his work on southern Africa and frequently spent time in the region. After taking a fiction writing course from his friend, he embarked on a different way to write about the world.