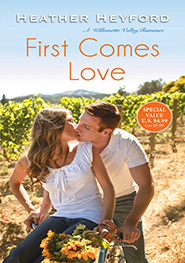 In Heather Heyford’s newest book, a single mom and attorney with deep roots in the rolling hills of Oregon’s Ribbon Ridge wine country thinks her family is perfect as is—until she crosses paths again with a gruff police officer who has two boys of his own . . .

There is nothing sweeter than the family you pick yourself . . .

After detective Alex Walker’s last case in Portland is skewered by a tough-as-nails attorney, he decides to finish out his career on a quiet note in the Willamette Valley. Dedicated to his job and committed to his family, he’s fine letting his brusque exterior keep even the thought of a relationship at bay—especially once he realizes his new hometown is the old hometown of the attorney who ruined his last case . . .

Single mom and attorney Kerry O’Hearn is just as wary as Alex is, thanks to her disastrous first marriage. But she isn’t fooled by Alex’s tough-guy image. When he asks for her assistance in gaining custody of two little boys from an abusive foster home, she sees what he desperately tries to hide: a giant-sized heart. Between them they have five kids and a whole barrel of bad experience. And yet, Kerry can’t shake the feeling that she and the crusty cop were meant to be . . .

You can purchase FIRST COMES LOVE at:
Kensington Books 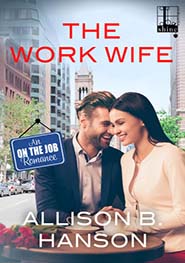 The Work Wife: An On The Job Romance #3 by Allison B. Hanson

From boardroom to bedroom…

Jamie Witmer recognizes a good thing when she sees it, whether it’s the elegant buildings she helps design, or her effortless working relationship with her partner, Weston Archer. But being the second-place team at their Boston firm isn’t enough to get Jamie and Wes invited to the couples-only bonding retreats with a potential new client. So, Jamie has an idea—she and Wes will become married friends with (company) benefits…

Wes has always thought of Jamie as a great friend and better business partner, but her crazy plan—and their co-workers’ easy acceptance of the change in their relationship—has him questioning what he thought he knew. Fake marriage leads to close contact. Contact leads to temptation. And when they finally act on all that heat, the passion is more intense than even Wes could have imagined…

They say if it ain’t broke, don’t fix it. But now that their friendship is irrevocably changed, it might be time for something even sweeter to begin…

You can purchase THE WORK WIFE at:
Kensington Books 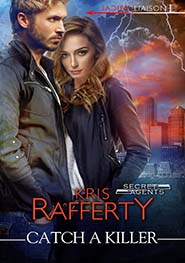 FBI agents are trained to delve deep into the minds of the most dangerous predators. So when the tables are turned and the hunter becomes the prey, they can trust their instincts—and their hearts—to keep each other from harm . . .

FBI Special Agent Hannah Cambridge is trying to rebuild her life after the death of her partner. But Jack Benton wasn’t just a fellow agent. He was her lover—and the father of her newborn baby. Now Hannah is in Boston, heading a task force to catch a serial killer. It’s a case that could make or break her career. Until the madman turns his twisted sights on her . . .

When Jack Benton went deep undercover, he thought it was a way out of a relationship that was spiraling beyond his control. He never knew Hannah wouldn’t be told about his “death”—or that she was pregnant. Turning up in Boston in the flesh, and looking better than ever, will send Hannah into a tailspin. But both will need to keep their wits about them to keep her alive—and to survive the truth about the passion that binds them . . .

You can purchase CATCH A KILLER at:
Kensington Books