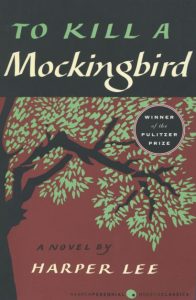 During the final night of PBS’ “The Great American Read” series,Harper Lee’s 1960 Southern classic was announced at the reader’s choice. Overly 4.3 million readers voted on the list of 100 finalists, “To Kill a Mockingbird” received 242,275. Seven of the top 10 books were written by women; five of the top 10 authors are American.

Here are the top 10 in order of votes:

You can watch all episodes of the series by following this link.