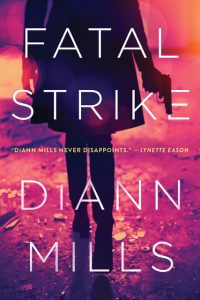 There’s a killer on the loose in Galveston, targeting law enforcement officials and using a fatal injection of snake venom to take them down. Authorities have reasons to believe the Veneno gang is behind the hits, and FBI Agents Leah Riesel and Jon Colbert team up to track down those responsible. Their best lead is an eyewitness who identifies a young man dumping the third body on a church doorstep. But their suspect has gone into hiding, and those closest to him are reluctant to reveal anything that might help investigators find him.

As Leah and Jon check connections among the victims and dig deeper into motives, they discover appearances may be deceiving. Someone is desperate to keep their secrets hidden, and Leah and Jon must face their greatest fears in order to stop the next fatal strike.

Fatal Strike is recommended for fans of the following:

A Look Inside FATAL STRIKE

SPECIAL AGENT LEAH RIESEL scanned the headlines on her phone. A prosecutor from Galveston had been found murdered behind a construction site, the second apparent victim of gang violence in two days. Both deaths were caused by rattlesnake venom injections to the heart. Before she could pull up additional reports on the woman’s untimely death, Leah’s phone rang.

“Riesel, hostage situation in Galveston,” the SWAT commander said. “Grab your gear. The chopper takes off in five.”

“On it.” She took a last lingering look at the half-eaten blue-berry donut and coffee on her cubicle’s desk.Could this have anything to do with the two murders in Galveston?

Before most of the city began the workday, Leah boarded a

Little Bird helicopter beneath whirling blades and the pressure of a critical operation. Dressed in full camo and shouldering her sniper gear, she inhaled the rising temps. Feverish Houston. With the familiar air transport sounds ushering in memories of past missions, her adrenaline kicked in.

A pilot from the tactical helicopter unit lifted the chopper into the air for the twenty-minute ride to Galveston. She recognized him from previous assignments involving aircraft used to deliver SWAT and the elite hostage rescue teams to crisis incidents. This morning her focus eliminated any chitchat.

The SAC would be watching the operation at the Crisis Management Operations Center.

“Negotiations have gotten us nowhere.” The SWAT commander’s voice rose above the chopper’s blade-snap. “Two unidentified men are holding two women and three children at gunpoint. Galveston PD estimates they’ve been inside the home for at least an hour. Demanding we leave the area after giving them five hundred grand and a gassed-up speedboat. Clock is ticking with forty minutes max. We’ve backed off as far as they know.”

Leah swiped through pics taken with telephoto lenses and sent to her phone. Each ski-masked man held a child as a shield. Leah detested the savagery and the horrific emotions the hostages must be feeling.

“We’re located on San Luis Pass Road on the western section of the island. Nearest house is five hundred yards away. Owners are in Europe. We’re in contact with the agency managing it.”

She didn’t need a key to access the home.

The SWAT commander continued. “One of the hostages is the owner of the home, Amanda Barton.”

“Is there a Mr. Barton in the picture?”

“Divorced. Lives in California.” Unlikely the ex-husband was behind this.“Agent Jon Colbert will be on scene shortly,” the commander said. “He had a deposition early this morning in Texas City and drove on to Galveston. Over the weekend, his SWAT partner had emergency knee surgery. Out for six weeks.”

And Leah’s partner had left the city yesterday on vacation. The luck of the draw meant she and Jon would be working together. “I’ll contact you as soon as we land.”

Jon Colbert, a sniper who had excellent marksmanship and a stellar reputation, also worked organized crime. But she and Jon had never worked together. The idea of teaming up with an agent she barely knew made her uneasy. If a sniper mission required a partner, she preferred an established relationship where she would know how the person processed information.

Shoving aside her doubts, she narrowed her thoughts on what lay ahead. The precarious situation and local law enforcement’s inability to negotiate added up to why she and Jon had been assigned to the case.

She grasped her backpack, lighter than usual with only a spotting scope, ammo, water, communication equipment, extra batteries, granola bar, and a handheld radio. Her Glock, as comfortable in her right hand as a toothbrush, found its spot in her back waistband. She touched her H-S Precision heavy tactical rifle.

The sooner she got to Galveston, the sooner she could pro-vide intelligence and help neutralize the circumstances. Her priority was seeing the women and children freed from these ruthless men.

Jon received a text from Special Agent in Charge Thomas that Leah Riesel had left the Houston FBI office and was en route to Galveston. He’d met her a few times, and they’d qualified together. Attractive woman—dark-brown hair, light-olive skin, New Yorker with the accent to prove it. Her professionalism in the violent crime division wavered between exceptional and extraordinary. A touch of toughness. Jon had heard not to make her mad—she had earned the nickname Panther for a reason. He remembered her stats—number three in the US for distance shots. Good thing he wasn’t easily intimidated.

Once the chopper landed, Leah would be transported in an unmarked car to a vacant house more than a quarter of a mile away from the Barton home. No point in making the two men more trigger-happy when they’d warned law enforcement to back off.

The SWAT commander spoke through Jon’s radio attached to his collar. “Thermal imaging confirms four adults and three children inside the Barton home. The men claim they’ll kill the children first. We have fifteen minutes.”

In Galveston, Jon stopped at Broadway and Sixty-First Street. Tourists persisted in the middle of the thoroughfare, pushing strollers, riding surrey bikes, and enjoying the day. Some were dressed for the beach and others clutched what they needed for their excursion. All hindered his turn. Obstacles in his mission. If they knew the situation not far from them, they’d grab their loved ones and speed home.

Each moment delayed his shot and shoved the hostages closer to death. A chilling composure took over his emotional, mental, and physical reactions.

The busy street finally cleared. Jon turned west onto Seawall Boulevard and drove on to San Luis Pass Road. The hostage site was four and a half miles beyond there.Were the two men inside the Barton home wannabes looking to make a name for themselves? Strung out on drugs? Was this a personal vendetta? No matter how this ended—either a surrender or he’d be instructed to take a shot—their moment in history would likely be the lead story on tonight’s news.

His phone alerted him to an incoming call. He responded before the first ring ended. “Colbert.” The chopper’s rhythmic whir reverberated through his phone.

“Riesel here. Landing in five at Galveston Island State Park. SWAT commander has given me a location on the west side of the Barton home.”

“I’ll be on foot by then. Taking a position on the east, beach side.”

“I’ll need seven minutes to get into place,” she said.

“Okay.” No need to remind her of the ticking clock.

He touched End and whipped his truck onto a beach-access road where police officers had instructed residents to shelter in place. He switched off the engine. Grabbing his gear, he bolted down the beach. A Galveston police officer stopped him, and Jon handed him his ID. Seconds later, he moved toward his site. A sultry breeze blew across the water, and he recalculated his shot.

Crouching low, he moved past police SWAT standing guard. FBI SWAT held the position Riesel was headed for. They were racing against time, a commodity that stopped for nothing or no one. At any moment, one of the armed men could pull the trigger on those inside the Barton home.

A clear head laid out the steps before the kill shot.

A chance for the women and children to live another day.

Near a sand dune, he tuned out the occasional seagull and the waves rushing against the shore. After wiping the sweat from his hands on his pants, Jon set up his rifle and scope, activated his radio, and spoke to the SWAT commander and Leah Riesel. 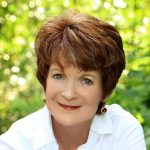 DiAnn Mills is a bestselling author who believes her readers should expect an adventure. She weaves memorable characters with unpredictable plots to create action-packed, suspense-filled novels. DiAnn believes every breath of life is someone’s story, so why not capture those moments and create a thrilling adventure?

Her titles have appeared on the CBA and ECPA bestseller lists; won two Christy Awards; and been finalists for the RITA, Daphne Du Maurier, Inspirational Readers’ Choice, and Carol award contests.

DiAnn is a founding board member of the American Christian Fiction Writers, a member of Advanced Writers and Speakers Association, Mystery Writers of America, Sisters in Crime, and International Thriller Writers. She is the director of the Blue Ridge Mountain Christian Writers Conference, Mountainside Marketing Retreat, and the Mountainside Novelist Retreat with social media specialist Edie Melson where she continues her passion of helping other writers be successful. She speaks to various groups and teaches writing workshops around the country.

DiAnn has been termed a coffee snob and roasts her own coffee beans. She’s an avid reader, loves to cook, and believes her grandchildren are the smartest kids in the universe. She and her husband live in sunny Houston, Texas.

DiAnn is very active online and would love to connect with readers on: Facebook, Twitter, or any of the social media platforms listed at diannmills.com