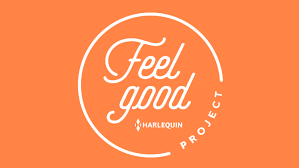 Harlequin, a leading publisher of commercial fiction and narrative nonfiction, is proud to announce the first recipients of the Creator Fund. The four projects selected include both a television and movie treatment and two novels. Harlequin started the Creator Fund to attract and support female writers who tell feel-good stories with a unique point of view.

The four recipients are as follows:

Novelist and screenwriter Amie Charney has an MFA in creative writing from the University of California Riverside Palm Desert and is the director of creative writing for the North East School of the Arts (NESA). Her treatment for a twelve-episode comedic TV drama features a YA fantasy writer whose novel goes viral.

Author of over a dozen suspense novels (The River Below, 2018), Bonnie Hearn Hill is also the cohost of Great Day Book Club on Central California’s television network KMPH-TV. Her novel is about three women making it together in radio during the 1960s and 1970s, and captures the mandate of telling female-focused feel-good stories with a unique point of view.

Dr. Anne Lipton is a neurologist and coauthor of several books on the topic of dementia, and having lived in several countries, currently calls Vancouver, Canada, home. Her novel is a Christmas-themed romantic comedy with a fantastical element, and is fresh, modern and topical.

Having worked in the music industry with artists such as David Bowie and the Smashing Pumpkins, Lisa Otto is a screenwriter with a passion for telling stories. Her submission of a movie treatment features a fish-out-of-water protagonist, complete with a fun, quirky small-town setting in Scotland.

Harlequin (Harlequin.com) is a leading publisher of commercial fiction and narrative nonfiction. The company publishes more than 110 titles a month, in both print and digital formats, in as many as 150+ international markets and 30+ languages. Encompassing highly recognizable imprints that span a broad number of genres, the publisher is home to many award-winning New York Times and USA TODAY bestselling authors. Harlequin is a division of HarperCollins Publishers, the second-largest consumer book publisher in the world, with operations in 18 countries. For more information, please visit Harlequin.com and Facebook.com/HarlequinBooks. Follow Harlequin on Twitter: @HarlequinBooks.