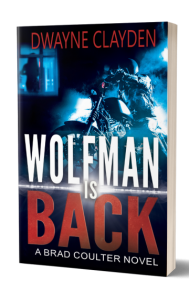 When Jeter Wolfe escapes maximum security prison, he embarks on an elaborate revenge fantasy against everyone who put him behind bars.

Coulter and his taskforce track the former enforcer of the Gypsy Jokers Motorcycle Gang with everything they have as he stalks his prey, but how do you hunt a hunter? As Coulter closes in on Wolfe, everything he loves is on the line. 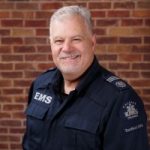 In his 40-year career, Dwayne has served as a Calgary Police Officer, Calgary Paramedic, tactical paramedic, firefighter, emergency medical services (EMS) chief, educator, and Academic Chair at SAIT. Dwayne is a popular speaker at conferences and to writing groups presenting on realistic police, medical and paramedic procedures. The co-author of four paramedic textbooks, he has spoken internationally at EMS conferences for the past three decades.

More information can be found about Dwayne at: DwayneClayden.com
Amazon Author Page: https://www.amazon.com/Dwayne-E.-Clayden/e/B0034PT4RI