SNEAK PEEK: What the Wind Brings by Matthew Hughes 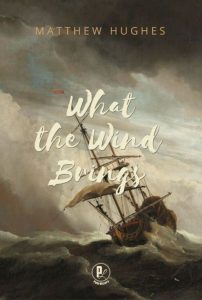 Out of the fires of Caribbean revolution, shipwrecked onto the jungle shore of Ecuador, a slave, a captive, and a shaman fight Inquisition-era Spain for freedom. 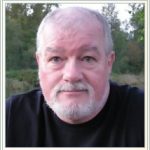 Matthew Hughes writes science-fantasy and science fiction. An alter ego, Matt Hughes, writes crime fiction. A personality fragment, Hugh Matthews, writes media tie-ins. He has won the Arthur Ellis Award from the Crime Writers of Canada, and has been short-listed for the Aurora, Nebula, Philip K. Dick, Endeavour (twice), A.E.Van Vogt, and Derringer Awards. From a working-poor background, he became a journalist, then staff speechwriter to the Canadian Ministers of Justice and Environment in the Pierre Trudeau government of 1974-79. He has lived in twelve countries and passed through a half a dozen more.
More information can be found about Matthew at: http://www.matthewhughes.org
Matthew is available for interviews, media appearances, speaking engagements, and/or book review
requests – please contact mickey.creativeedge@gmail.com by email requests or by phone at 403.464.6925. We
look forward to hearing from you about coverage.