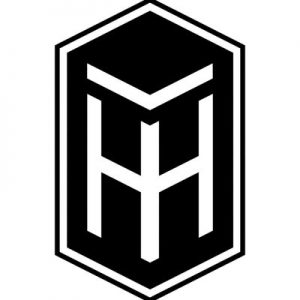 The inaugural list of titles from Andy Cohen Books, his new eponymous imprint at Henry Holt, will launch in 2020 featuring three nonfiction works by women, including global superstar Mariah Carey’s much-anticipated and yet untitled memoir; “The Queen V” by Dr. Walters (coming in February) who is featured on Bravo’s TV hit “Married to Medicine”; and “Bodacious Dreams and Bevelations,” by Bevy Smith, a former co-host of “Page Six TV” and host of “Bevelations” on Sirius XM’s channel Radio Andy, it was announced today by Henry Holt and Company. Holt is the publisher of Cohen’s three New York Times best sellers: “Most Talkative,” “The Andy Cohen Diaries,” and “Superficial.” The imprint was announced in 2016.

Carey’s memoir will be about her improbable and inspiring journey; a story of her one-of-a-kind talent, unshakable faith and unconditional love. “The Queen V: Everything You Need to Know About Sex, Intimacy and Down There Health Care” reveals the 12 principles behind a happy and healthy vagina and other lady parts, by Dr. Walters, an Atlanta OB-GYN with many A-list clients. In “Bodacious Dreams and Bevelations” Smith describes her metamorphosis from a business woman into a nationally known motivational speaker, brand ambassador, pop culture aficionado and media personality.

The imprint will showcase Cohen’s unique ability to discover compelling personal narratives, as shown by the tremendously popular programs he has brought to millions in his role as a Bravo producer and executive, and more recently on his Sirius XM channel Radio Andy. “My not-so-secret passion is writing, and through my wonderful partnership with Holt, I’ve become obsessed with the business of publishing,” said Cohen, adding “I could not be more thrilled to bring the stories and voices of these three singular women into the world.”

Cohen is the host and executive producer of “Watch What Happens Live with Andy Cohen” the only live talk show in late-night, which continues to welcome A-list celebrity guests. He is also the Emmy and Peabody Award-winning TV producer behind the “The Real Housewives” franchise and host of that series’ enormously popular reunion shows. He curates his own Sirius XM channel, which features programs hosted by him, most notably “Andy Cohen Live,” as well as shows hosted by comedian Sandra Bernhard, Dan Rather, Jim Parsons, Bevy Smith, and Jeff Lewis, among others. Cohen also cohosts CNN’s highly rated New Year’s Eve coverage live from Times Square with his friend Anderson Cooper, and the two have been on tour with “AC2: Deep Talk and Shallow Tales” since 2015.

In his 10 years as an executive at Bravo, his team was responsible for shows like “Project Runway,” “Top Chef,” “Queer Eye” and “Vanderpump Rules,” among others. He received an Emmy Award when season six of “Top Chef” won Outstanding Reality Competition Program in 2010 at the primetime ceremony. Before that, he ran Original Programming and Development for the pop culture and arts cable channel TRIO. He was a producer at CBS News from 1990-2000 and worked on “CBS This Morning” and “48 Hours.” He was named to Fast Company’s 100 Most Creative People in Business List in 2013, and in 2010 he was listed as one of TV Guide’s “25 Most Influential People in Television.” Cohen has more than six million followers on social media and can be followed on Facebook, Twitter (@andy), and Instagram (@bravoandy).