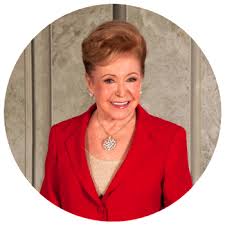 The #1 New York Times bestselling author Mary Higgins Clark has written thirty-eight suspense novels, four collections of short stories, a historical novel, a memoir, and two children’s books. With her daughter Carol Higgins Clark, she has coauthored five more suspense novels, and also wrote The Cinderella Murder, All Dressed in White, The Sleeping Beauty Killer, Every Breath You Take and You Don’t Own Me with bestselling author Alafair Burke. More than one hundred million copies of her books are in print in the United States alone. Her books are international bestsellers.

Two of her novels were made into feature films, Where Are the Children? and A Stranger Is Watching. Many of her other works, novels and short stories, were made into television films.

Mary Higgins Clark was chosen by Mystery Writers of America as Grand Master of the 2000 Edgar Awards. She was the 1987 president of Mystery Writers of America and, for many years, served on their Board of Directors. In May 1988, she was Chairman of the International Crime Congress. She received the International Crime Writers’ “First Lady of Mystery” award in 2008 and has been chosen for Malice Domestic’s 2010 Lifetime Achievement Award.

She is a # 1 fiction bestselling author in France, where she received the Grand Prix de Literature Policière in 1980 and The Literary Award at the 1998 Deauville Film Festival. In 2000, she was named by the French Minister of Culture “Chevalier of the Order of Arts and Letters.”

Active in Catholic affairs, Mary Higgins Clark was made a Dame of the Order of St. Gregory the Great, a papal honor. She is also a Dame of Malta and a Lady of the Holy Sepulcher of Jerusalem. She received the Graymoor Award from the Franciscan Friars in 1999.

Mary Higgins Clark’s fame as a writer was achieved against heavy odds. Born and raised in the Bronx, her father died when she was eleven and her mother struggled to raise her and her two brothers. On graduating from high school, she went to secretarial school. After three years of working in an advertising agency, travel fever seized her. For the year 1949, she was a stewardess on Pan American Airlines’ international flights. After flying for a year, she married a neighbor, Warren Clark, nine years her senior, whom she had known since she was 16. Soon after her marriage, she started writing short stories, finally selling her first to Extension Magazine in 1956 for $100.  “I framed that first letter of acceptance,” she recalls.

Left a young widow by the death of her husband from a heart attack in 1964, Mary Higgins Clark began to write radio scripts for a living. In addition, she decided to try her hand at writing books. Every morning she wrote from 5 AM to 7 AM, when she had to get her five children ready for school. Her very first book was a biographical novel about George Washington, inspired by a radio series she was writing, “Portrait of a Patriot.” Originally published in 1969 by Meredith Press with the title Aspire to the Heavens, it was discovered years later by a Washington family member and re-issued in 2002 with the title  Mount Vernon Love Story.

Mary Higgins Clark’s first suspense novel, Where Are the Children?, was published by Simon & Schuster in 1975. It became a bestseller and marked a turning point in her life and career. It is currently in its 75th edition in paperback and was re-issued in hardcover as a Simon & Schuster classic. Freed to catch up on things she always wanted to do, she entered Fordham University at Lincoln Center, graduating summa cum laude in 1979 with a B.A. in philosophy. She was awarded an honorary doctorate from Fordham University in 1998. She is a past trustee of Fordham University and Providence College and currently on the Board of Governors of the Hackensack College Medical Center. She has twenty-one honorary doctorates.

Honors she has received include the Gold Medal of Honor from the American-Irish Historical Society (1993), the Spirit of Achievement Award from the Albert Einstein College of Medicine of Yeshiva University (1994), the National Arts Club’s first Gold Medal in Education (1994), the Horatio Alger Award (1997), the Outstanding Mother of the Year Award (1998), the Bronx Legend Award (1999), the 2001 Ellis Island Medal of Honor, the first Reader’s Digest Author of the Year Award (2002), the Christopher Life Achievement Award  (2003), the Ellis Island Family Heritage Award (2008), and the Authors Guild Award for Distinguished Service to the Literary Community (2018). Since 2001, the Mystery Writers of America has given an annual award in her honor, the Simon & Schuster Mary Higgins Clark Award, for the book most closely written in the Mary Higgins Clark tradition.In 1996, Mary Higgins Clark married John Conheeney, the retired Chairman and CEO of Merrill-Lynch Futures. They lived in Saddle River, New Jersey, until his death in 2018. Between them, they had seventeen grandchildren – Mary’s six and John’s eleven.

Jocie McKadehttps://www.jociemckade.com/
Her fiction writing has received the Author / Ambassador at Library Journal Self-e Authors, Winner Queen of the West Reader Favorite Award, Amazon Bestseller - Historical, Double finalist in the Next Generation Indie Book Awards in the Mystery and Humorous Categories. Writing humorous cozy mysteries and romantic comedy, Jocie can find humor in most everything, even when she shouldn't. She lives in the Midwest on Dust Bunny Farm with her family.
Previous articleBehind The Words with Thriller Author Tom Threadgill
Next articleJerry Seinfeld’s Releasing New Book