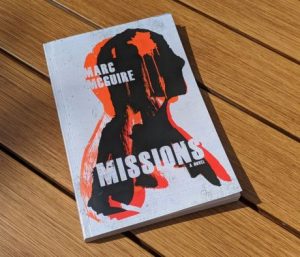 Christine DuPont of the DST (Direction de la Surveillance du Territoire) is put in charge of the investigation. As she starts her investigation, she is appalled at the devastation but determined to find the terrorists.

Working with intelligence organizations from the U.S.A. and other countries, Christine starts making progress from the minute she arrives at the bombing site.

The race is on to find and arrest those responsible.

It won’t be easy.

Doyle O’Gara is a newly hired software developer at Sentinel Systems Corporation, a private company working solely for the CIA (I happen to know a little about that), put in charge of developing (or improving) translation software that can, hopefully, predict terrorist events.

Doyle is seeing major progress in his teams development efforts and is rapidly rising in the company.

When all hell breaks loose.

Mohammad Jamal is leading a terrorist organization that is planning to bomb Paris. He has gathered the money needed, put together a team and recruited a young man who is happy to give his life to the cause.

The plan to bomb Paris is proceeding.

To see what happens, you will have to read the book when it comes out.

“Missions” is a fantastic first (?) novel by Marc McGuire. Tense, brutal, and scary as hell, it moves around in time as the reader learns about the entire process, before and after, of a terrorist attack: From the perspective of both the terrorists and investigators.

I am ready for book #2….well, maybe….it depends how long it takes me to recover from this one.

Jocie McKadehttps://www.jociemckade.com/
Her fiction writing has received the Author / Ambassador at Library Journal Self-e Authors, Winner Queen of the West Reader Favorite Award, Amazon Bestseller - Historical, Double finalist in the Next Generation Indie Book Awards in the Mystery and Humorous Categories. Writing humorous cozy mysteries and romantic comedy, Jocie can find humor in most everything, even when she shouldn't. She lives in the Midwest on Dust Bunny Farm with her family.
Previous article“CAT KID COMIC CLUB” AN ALL-NEW GRAPHIC NOVEL SERIES BY AUTHOR AND ILLUSTRATOR DAV PILKEY
Next articleSTAY TUNED!!! WE’RE SHELTERING IN WITH YOUR FAVORITE AUTHORS