The Runaway Queen by Cassandra Clare 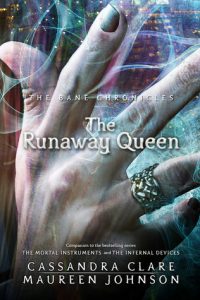 I love that these short stories are stand alone. I didn’t need to read book 1 to figure out what was going on. This story focused on a young Magnus Bane who was in Paris at the time. He was asked to use his magic powers to help save the Queen and her family. However, this will come at a price. I’m so glad I picked this story up and re-entered the world of Downworlders. 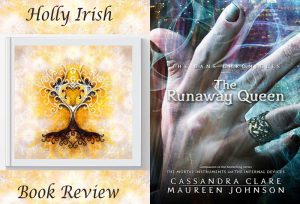 Book Summary:
Magnus Bane has a royal role in the French Revolution—if the angry mobs don’t spoil his spells. One of ten adventures in The Bane Chronicles.

While in France, immortal warlock Magnus Bane finds himself attempting to rescue the royal family from the horrors of the French Revolution—after being roped into this mess by a most attractive count. Naturally, the daring escape calls for invisible air balloons…

This standalone e-only short story illuminates the life of the enigmatic Magnus Bane, whose alluring personality populates the pages of the #1 New York Times bestselling series, The Mortal Instruments and The Infernal Devices series. This story in The Bane Chronicles, The Runaway Queen, is written by Maureen Johnson and Cassandra Clare.